The transformation from a traditional kiln to tunnel kiln is considered to be the direction to solve problems for the brick kiln owners in Vinh Long on fuel costs, energy savings, and production efficiency.

The transformation from a traditional kiln to tunnel kiln is considered to be the direction to solve problems for the brick kiln owners in Vinh Long on fuel costs, energy savings, and production efficiency.

Vinh Long is famous for brick production. Those districts like Mang Thit, Long Ho are named after the "kingdom of bricks" of Vinh Long for hundred years with thousands of traditional brick kilns.

However, in recent years, the Vinh Long brick and tile sanctuary has been somewhat shabby and desolate, as many kiln owners stopped their production or kept their production in moderate operation. According to the kiln owners, in addition to depleted clay resources in Vinh Long, the raw material prices also increase, so does the fuel cost. 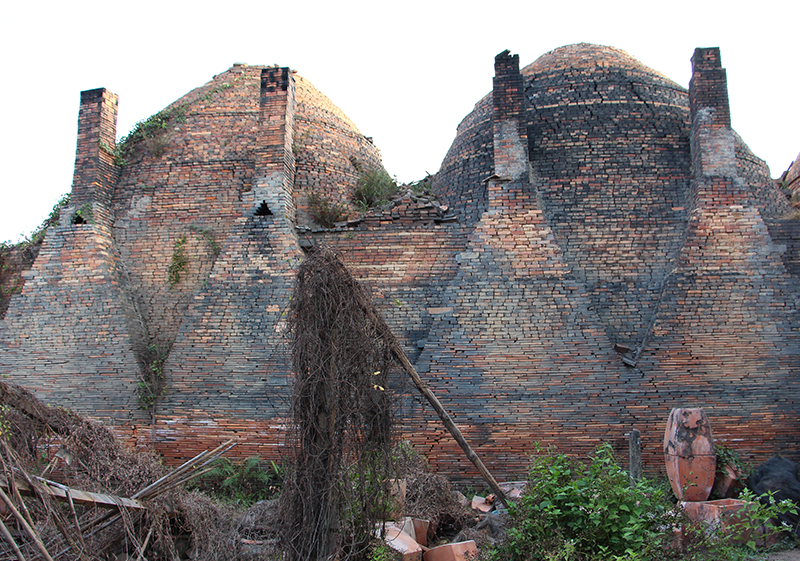 Many traditional brick kilns have stopped their production

Traditional brick kilns in Vinh Long are domed kilns fueled by rice chaff. At a medium cost, to produce 1 piece of brick, it needs from 500-600 gram of rice chaff and it takes nearly a month to produce a batch of finished bricks. Besides, the heat in the kiln circulates one way, and it cannot be recycled, resulting in huge energy wastage.

Meanwhile, prices of rice chaff increase to force the brick kiln owners to increase the prices of products, just weakening the competitiveness compared to sources of cheaper priced bricks, with good design from the eastern provinces of Tay Ninh, Dong Nai, and Binh Duong.

Since 2012, the Vinh Long Department of Industry and Trade has studied and experimented the brick tunnel kiln in order to overcome the disadvantages of domed kiln. The kiln is designed with 2 row portions, each with 8-12 firing chambers. Amidst the chambers, there are vent slots to control the flow paths of firing and hot air.

Continuous kilns operate under the sequential steps of drying, heating, firing and cooling. The heat in the kiln is utilized in circulation. Specifically, the heat and smoke from the previous chamber are led through the heat bulkhead slots to the next chamber. When the first chamber is under firing, excess heat flows into the second chamber to be in service of the heating and drying of the next batch of bricks. Therefore, the excess heat is optimally utilized to enable energy saving.

As a result, each brick under firing in the continuous kiln consumes from 200 to 250g of rice chaff. At the same time, it shortens the firing time by 14-15 days as compared with the traditional kiln. The percentage of defective bricks also falls below 1%. 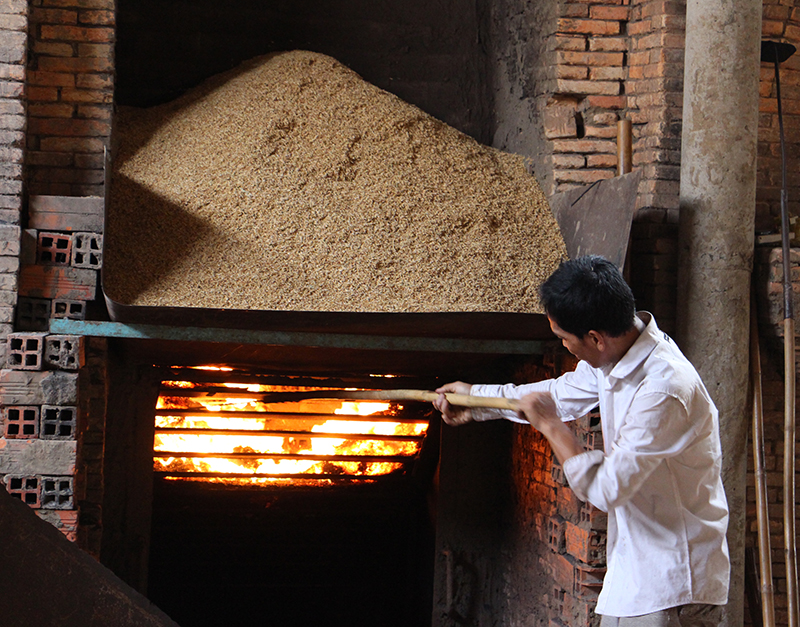 Ms. Le My, a lady owner of continuously fired kiln of brickyard in Vinh Long said: "The rice chaff rises in prices, so I decided to switch to a new type of kiln for fuel saving. Each batch of bricks saves about 50% energy. The quality of bricks is also improved with a reduced rate of broken bricks, and defected bricks and tiles ".

Mr. Bui Huu Mai, Chairman of Vinh Long Ceramics Association, director of Tan Mai ceramics enterprise said: "Continuous kiln is a sequence of traditional single kilns. Therefore, the operation is similar to that of a traditional kiln. In the continuous kiln, the bricks are divided into smaller compartments for firing. Therefore, energy savings could be enabled, to reduce the workforce, more efficient production and the firing could be common for diverse kinds of products such as solid brick, roofing tiles, ceramics, porotherm clay block bricks. Besides, the discharged gas from the kiln system is trapped through smoke arrester system, thus the gaseous discharge is treated to achieve the environmental standards, causing no pollution".

The continuous production in brickyard brings about many benefits. However, now the number of continuous brick kilns in Vinh Long province is still quite modest. The reason is that many brick makers are still afraid of a transformation into new technology. The capital for transformation into continuous brick kiln is relatively high, ranging from VND 1 to 4.5 billion depending on the scope, which discourages many kiln owners in raising the capital.

Technology conversion should be accompanied by mindset changes in production. According to Dr. Nguyen Xuan Quang, National Advisor of the Low Carbon Transition in Energy Efficiency Project (LCEE Project), the kiln owners need to understand the operational procedures of the new tunnel kiln before switching to planning for efficient production. 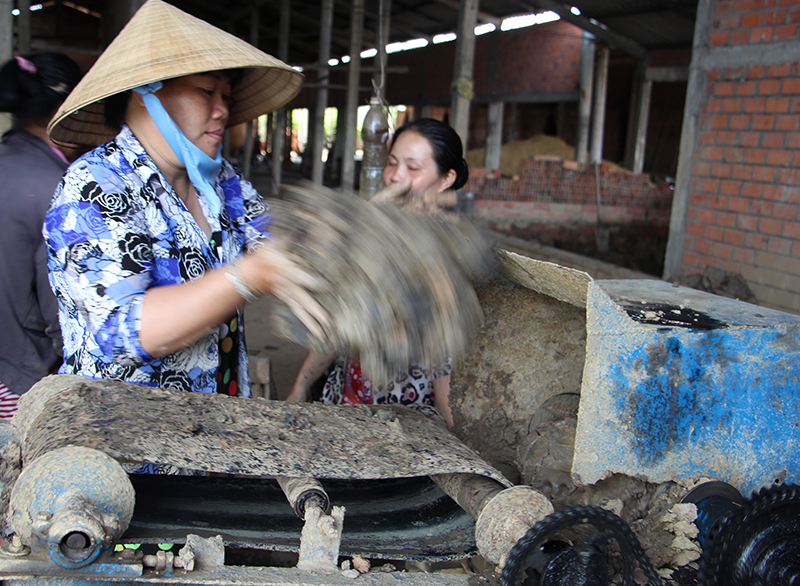 Sharing the concern of many of the kiln owners about the insufficient supply of raw bricks once the continuous kiln starts firing, Mr. Bui Huu Mai says: "Businesses can overcome this temporary difficulties by combining the firing of brick with some other products such as ceramics and tiles".