On September 23, 2015, Thanh Xuan District People's Committee in collaboration with the Hanoi Center for Energy Conservation conducted a training "Energy savings in households" in Ha Dinh Ward.  The training helps improve the understanding of people about the economical and efficient use of energy, while reducing the cost of energy consumption and improving the quality of life. 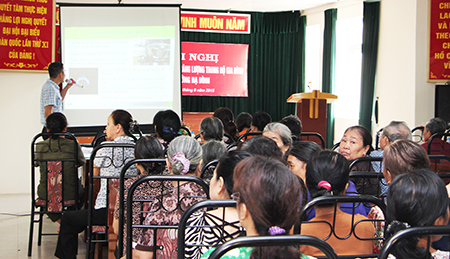 In households in Hanoi capital, power saving is no longer a strange practice, but still a broad concept and difficult to be adequately perceived. Everyday, the media, the press, the radio advocate for activities of power savings to help them understand the role of economical and efficient use of electricity in the home. However, the application and practical use of the devices in every household is still not easy.

The training "Energy saving in households" in Ha Dinh Ward was visited by Mr. Luu Tat Thang, Vice Chairman of People's Committee of Thanh Xuan District, Mr. Kieu Thi Mai, Head of the Economic Chamber of Thanh Xuan District,  Mr. Tran Anh Thinh, the representative of the Department of Industry and Trade together with some leading cadres of Ha Dinh Ward People's Committee, and members of mass associations, unions, representatives of groups and organizations and individual households in Ha Dinh ward. 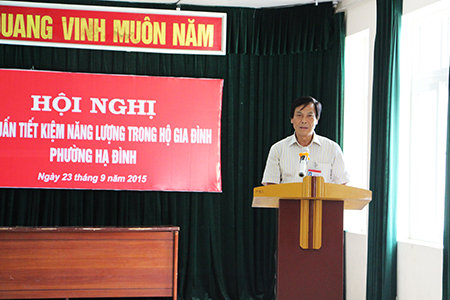 At the training workshops, the representatives of organizations and individual households in Ha Dinh Ward were given the detailed manual on power saving, the brochure contains useful information about energy labeling and the participants were instructed with basic skills in purchasing and using electric appliances for family use in the most efficient way. Representatives of the Department of Industry and Trade, Mr. Tran Anh Thinh directly instructed the people in Ha Dinh Ward on the role, skills and methods for power-saving. 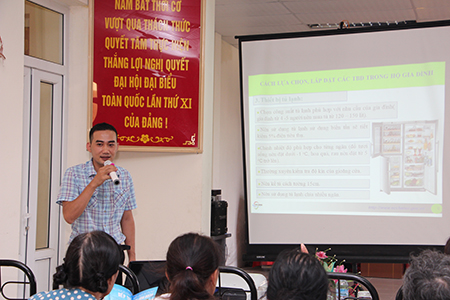 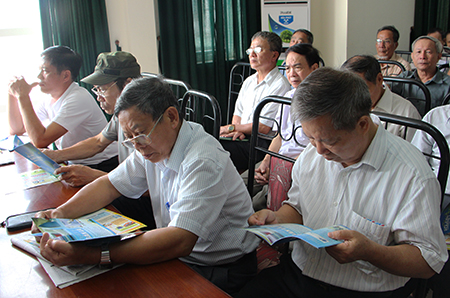 Mrs. Tran Nguyet, deputy head of one residential group in Ha Dinh Ward said: "There are only two people in my family, but the monthly electric bill is comparatively high due to operating simultaneously two refrigerators. Though there is unused room in the refrigerators, but as we are worried about the electrical damage to the compartments and equipment, so we keep them run continuously. However, through the training session today, I know that they do not need to run continuously for power savings. Instead, just occasionally plug and by cleaning the device carefully, we could still save power and do not have to worry about damaged compartments".

Not only was the guidance given on the effective use of refrigerator, the training also helped individuals in Ha Dinh Ward understand the power saving methods for other equipment such as air conditioners, washing machines, televisions, computers, electric fans, microwaves, vacuum cleaner. At the same time, it is to encourage the households to use the environment friendly stoves as husk-fueled stoves, and biogas fueled stoves, and to enhance the understanding of architecture of building for application of power-saving measures with appropriate use in the family.