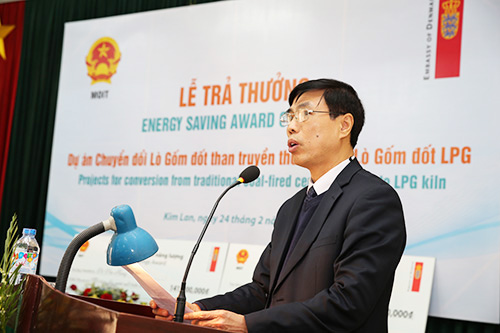 Mr. Do Duc Quan - Deputy Director General of General Directorate of Energy speaking at the ceremony 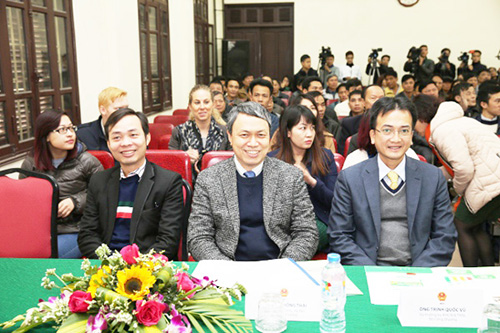 Mr Do Duc Quan said: “In addition to boosting households’ businesses, using advanced energy saving technologies also helps to improve the village’s environment. Moreover, replicating LPG kiln model will enhance competitiveness and strengthen its position in the market. The village is on the right track”. 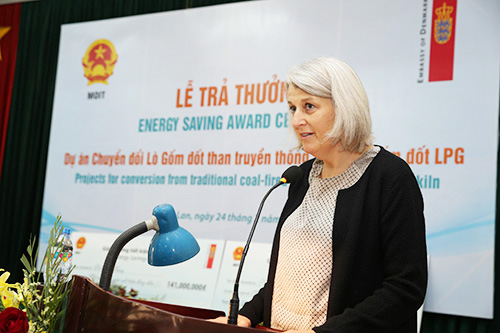 Two home businesses run by Vu Van Hung and Nguyen Van Lan at Kim Lan Commune were given energy saving awards with total value of nearly VND300 million. They are the first two businesses in Kim Lan to receive loan from Vietcombank with the guarantee of GIF to convert from coal-fired kiln to LPG kiln. 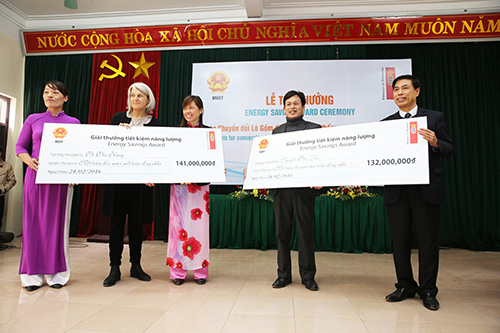 At the ceremony, Ms Charlotte Laursen - Danish Ambassador, said: “We hope that Denmark’s support via GIF will help to raise awareness of energy efficiency among small and medium enterprises and replicate energy saving ideas that were implemented in other areas and other sectors.”

Here are some photographs at the ceremony: 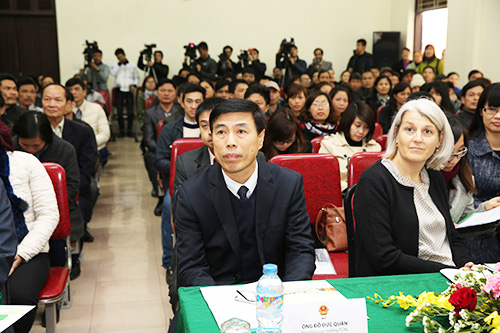 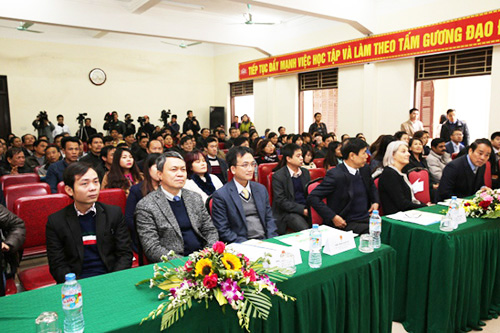 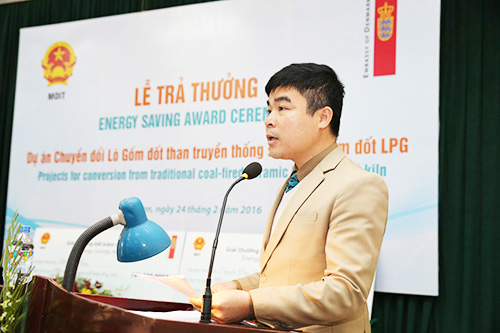 Mr. Nguyen Manh Ha, President of Kim Lan Commune speaking at the opening of the ceremony 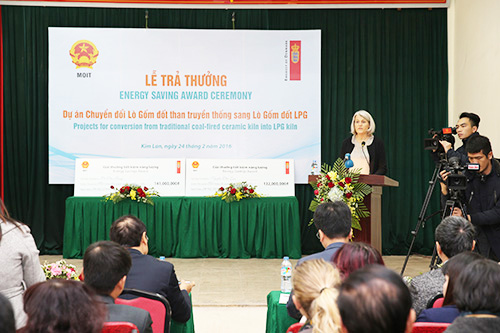 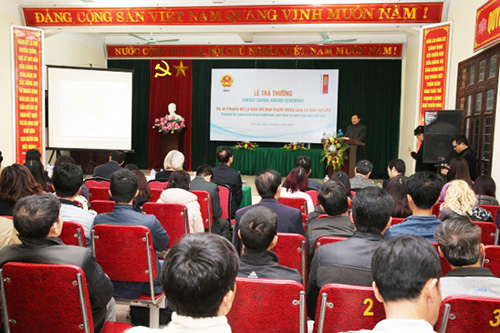 Setting of the award ceremony 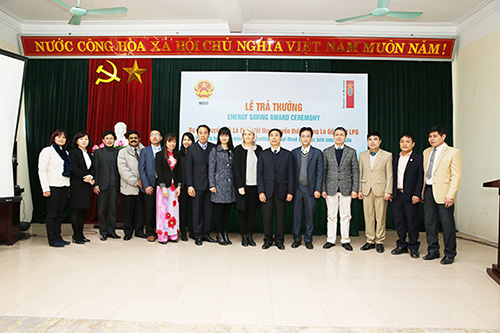