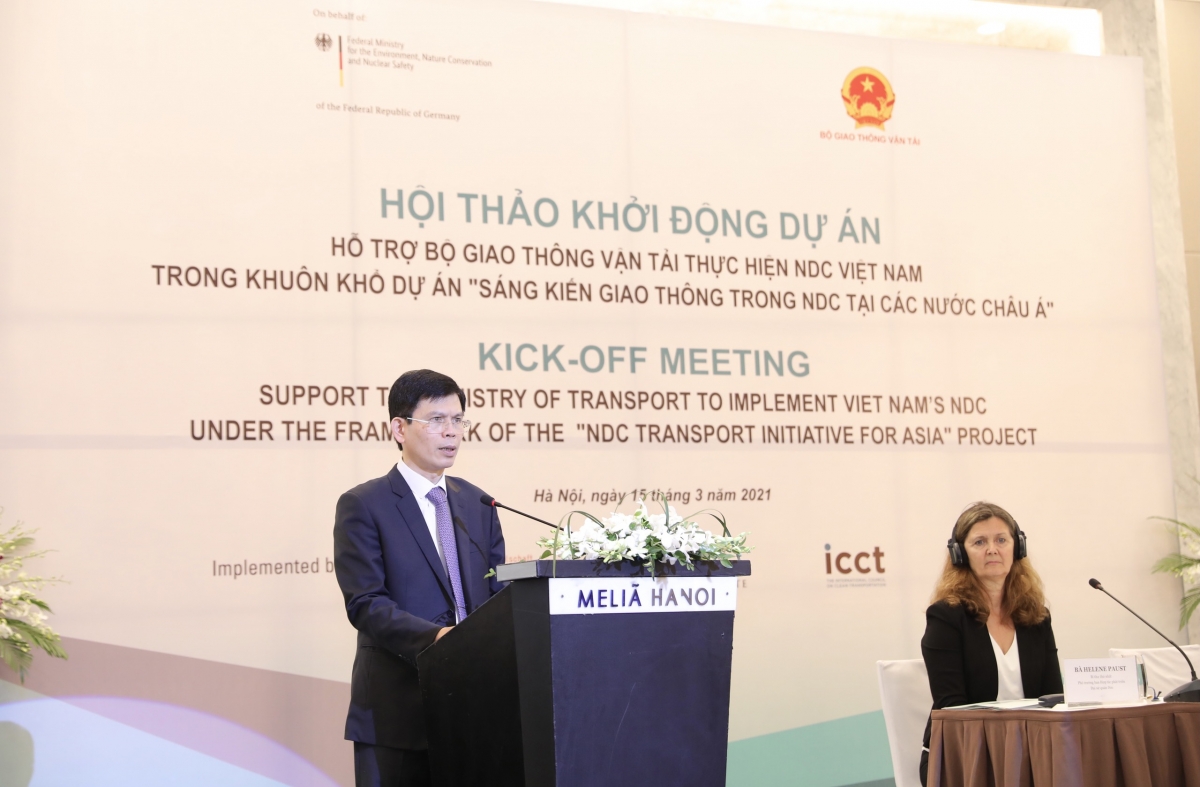 A kick-off meeting was held in Hanoi on March 15 to launch the project on reducing greenhouse gas (GHG) emissions in the transport sector. (Photo: VOV)

The event was co-chaired by Vietnam’s Vice Minister of Transport Le Anh Tuan and First Secretary and Deputy Head of Development Cooperation at the German Embassy in Hanoi Helene Paust.

The “Support the Ministry of Transport to implement Vietnam’s NDC under the framework of the NDC Transport Initiative for Asia” (NDC-TIA) project will contribute to the implementation of Vietnam’s Nationally Determined Contribution (NDC) to the Paris Agreement on climate change.

At the launching ceremony, Tuan revealed that last September 2020, Vietnam was one of the first 20 countries to submit its updated NDC to the UNFCCC Secretariat, adding that compared to the first NDC submitted in 2015, the mitigation contribution of the updated NDC has increased in terms of both volume and percentage.

Vietnam has committed to reduce its total GHG emissions by 9 percent compared to the Business-as-usual (BAU) scenario and by up to 27 percent with international support received through bilateral and multilateral cooperation, as well as through the implementation of new mechanisms under the Paris Agreement, Tuan noted.

The NDC-TIA project is funded by the German Federal Ministry for the Environment, Nature Conservation and Nuclear Safety (BMU) through the International Climate Initiative (IKI), and jointly implemented by GIZ in collaboration with the MoT’s Department of the Environment, the International Council on Clean Transportation (ICCT), and the World Resources Institute (WRI). The goal of the project is to contribute to Vietnam’s NDC by supporting the design of a legal framework on low-carbon transport, enhancing stakeholders’ capacity, and reducing GHG emissions.

The project will provide technical support to the Ministry of Transport to build mechanisms, policies and a roadmap on e-mobility development at national and city levels, promoting the introduction and sustainable development of advanced, modern and zero-emissions electric vehicles in Vietnam.

Rapid economic growth, urbanisation, and motorisation have resulted in higher traffic volumes in Vietnam as well as in countries throughout Asia.

“With its 2020 NDC, Vietnam has shown its intention to mitigate climate change. I wish the NDC-TIA project great success as it works to strengthen the policy framework for low-carbon development and reduce greenhouse gas emissions in transport, which together will make a significant contribution to Vietnam’s ambitious NDC,” the VOV quoted Helene Paust as saying.

During the meeting, participants exchanged experiences on the development of roadmap for electric mobility, fuel economy, and the development of low-carbon transport. These exchanges will prove invaluable for the effective implementation of the project.

The project’s funding, which is expected to run until the end of December 2023, is being provided by the German Federal Government through 4,000,000 EUR in non-refundable ODA managed and disbursed through GIZ, with an in-kind contribution of 400,000 EUR from Vietnam through human resources and facilities provided by the Ministry of Transport. 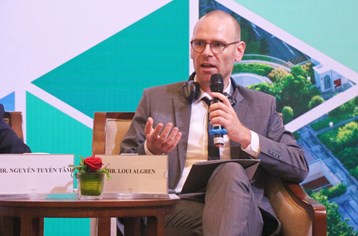