Vietnam power system in recent years has been strongly developing with commercial electricity output reaching an average growth rate of 13.5%/year to meet the demands for electricity for socio-economic development. In the trend to deal with the risk of depletion of traditional energy sources now, Vietnam chooses the nuclear power and coal plays an important role in the planning of new power supply. 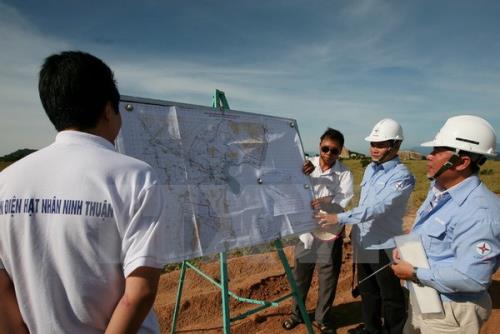 Ninh Thuan nuclear power project consists of 2 plants, each with 2 units to supply power to the national grid

Thus, in order to meet the energy needs for industrialization and modernization of the country, the selected solutions are to utilize the domestic energy resources in a reasonable manner, in combination with utilization of electricity and coal imports, and Liquefied Natural Gas (LNG) with an appropriate proportion.

The Coal Planning 60 also indicates the potential causes for failing to attain the objectives of the plan; showing the viewpoints for sustainable development of coal industry; the planning of mining exploration, mining, sorting and processing of coal; infrastructure of the coal mining; the balancing of supply and demand, and the orientation for import – export of coal. It is necessary to supplement and build up the specific mechanisms and policies in relevance to the national energy development strategies.

During the recent meeting on planning, to work out the strategy for power industry, coal industry development in the time to come, Prime Minister Nguyen Tan Dung clearly stated the goals for electricity, and coal fuel which are to meet the demands of growth, development of the country with a vision beyond decades to come. It should be planned with calculations, balances for sufficient electricity, coal supply and supplemented with contingent reserves; ensuring the quality, efficiency and safety; energy savings, reduction of energy consumption; ensuring the absolute safety for infrastructure systems for electricity, coal and to minimize the related incidents.

In a special perspective, it is to control and protect the environment, especially the tight control of coal thermal power plants; to review and calculate the development of all coal-fired thermal power plants, so that no more coal-fueled generation is planned for development, instead it is to use gas. It is to implement the international commitments to cut down emissions; to promote the renewable electricity development, in which the mechanisms and policies must be formulated to encourage and attract investment into solar power, and wind power.

Under the Coal Planning 60, the coal industry development until 2020 also has an outlook to 2030, with the output of commercial coal production of 60-65 million tons by 2020 and over 75 million tons by 2030. Domestic coal production is not only to provide to the electricity sector but also for other sectors of the national economy, thus the shortage of coal for the power sector must rely on the import. However, the volume of coal supply for power generation is growing, confronting this situation, it is inevitable to move towards the development of nuclear power. 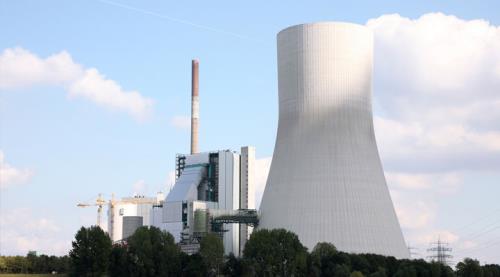 Japanese nuclear power with its “big gain” of over US$ 8 billion contract in the UK. Photo: Hitachi

The representative of the General Department of Energy, Ministry of Industry and Trade stressed the policy of nuclear power development in the country, which had been mentioned from the beginning of the Power Planning VII. Up to now, the essential explorationsin geology, hydrology, environmental planning and locations for construction of two Nuclear Power plants in Ninh Thuan have been conducted. The personnel training related to the construction, operation, and radioactivity safety ready for the nuclear power plants have been actively deployed.

Nuclear power is an appropriate choice for replacement of fossil fuels thermal power plants, especially for developing countries like Vietnam, the use of nuclear power technology from advanced countries will facilitate the promotion of local industry development.

Therefore, the realization of nuclear power becomes a national strategic mission. Emphasizing the importance of nuclear power, Prime Minister Nguyen Tan Dung affirms that Vietnam will implement the plans and policies as endorsed by the Central Committee, the National Assembly on nuclear power along with the requirements of laws, absolute safety and efficiency.

Due to the increasing demand for electricity in strategic planning, the crisis of demand - supply of electricity will be increasingly fierce. The development of nuclear power is the inevitable solution. Nuclear power is the convergence of the advantages of technology and economy, and it adapts to the "revival" of nuclear power in the world, although there are still worries about the safety of nuclear reactors and the buried disposal of radioactive waste materials. The safe operation of hundreds of reactors around the world as well as the presence of many safety measures have brought in the confidence to the public on nuclear power technology.

According to the International Atomic Energy Agency (IAEA), the "life cycle" of a nuclear power plant can extend to 60 years, longer than any other types of power generation projects (large-capacity hydropower plant just has life cycle of 40 years, coal-fired thermal power plant has 30-year life cycle, and the combined gas turbines plant has life cycle of 25-30 years). Thus, the average electricity price of the lifelong project of nuclear power plant is attractive and competitive compared to the average electricity price of other types of power sources. Therefore, the development of nuclear power has an important role and it has become a national strategic mission at present.

To ensure adequate power output for socio-economic development as well as to contribute energy security, the Prime Minister mandated the Ministry of Industry and Trade to revise, and complete the Scheme for Adjustment of Power Planning VII and the Project for Adjustment of Coal Planning 60, to be submitted to the Government for consideration and approval from the outset in 2016. It is timely to ensure the energy for development objectives during the period 2016-2020 and beyond, up to 2030.