By remaining airborne for nearly 4 consecutive days and nights, and with the aircraft producing its own power with solar energy, Solar Impulse 2 has proven that Piccard's vision of reaching unlimited endurance without fuel was not a crazy dream.

It was never a mission for the faint-hearted. And on occasions, Swiss explorers Andre Borschberg and Bertand Piccard may have been the only ones that kept the faith. On July 2, 2015, though, their aircraft, Solar Impulse 2, attempting the first round-the-world solar flight, broke all distance and duration world records for solar aviation - 90 hours, 6,800 km and counting.

At the controls, Andre Borschberg also broke the existing world record for the longest solo flight ever. By remaining airborne for nearly 4 consecutive days and nights, and with the aircraft producing its own power with solar energy, Solar Impulse 2 has proven that Piccard's vision of reaching unlimited endurance without fuel was not a crazy dream.

By the time Borschberg gets ready to land in Hawaii, the Solar Impulse 2 will have done 120 hours of non-stop flying. The conditions are anything but easy. With at least 28 hours of flight time still remaining, the batteries of Solar Impulse 2 had slipped to below 50% of their maximum state of charge on Thursday evening. Borschberg, who has by now spent nearly four nights in the confines of the 3.8 cubic metre cockpit, is also fighting to maintain the aircraft flat and cannot sleep. The challenge, as the Solar Impulse team says, is getting more difficult than ever.

By flying above the Pacific Ocean for over 90 hours, Borschberg, the co-founder, CEO and pilot of Solar Impulse on the current leg of their round-the-globe journey, is also setting a record for the longest non-stop solo flight without refuelling between Nagoya, Japan and Hawaii in terms of duration. Borschberg's accomplishment exceeds that of the American adventurer Steve Fossett's flight on board Virgin Atlantic Global Flyer, who, in 2006, completed a 76-hours non-stop flight to circumnavigate the globe. 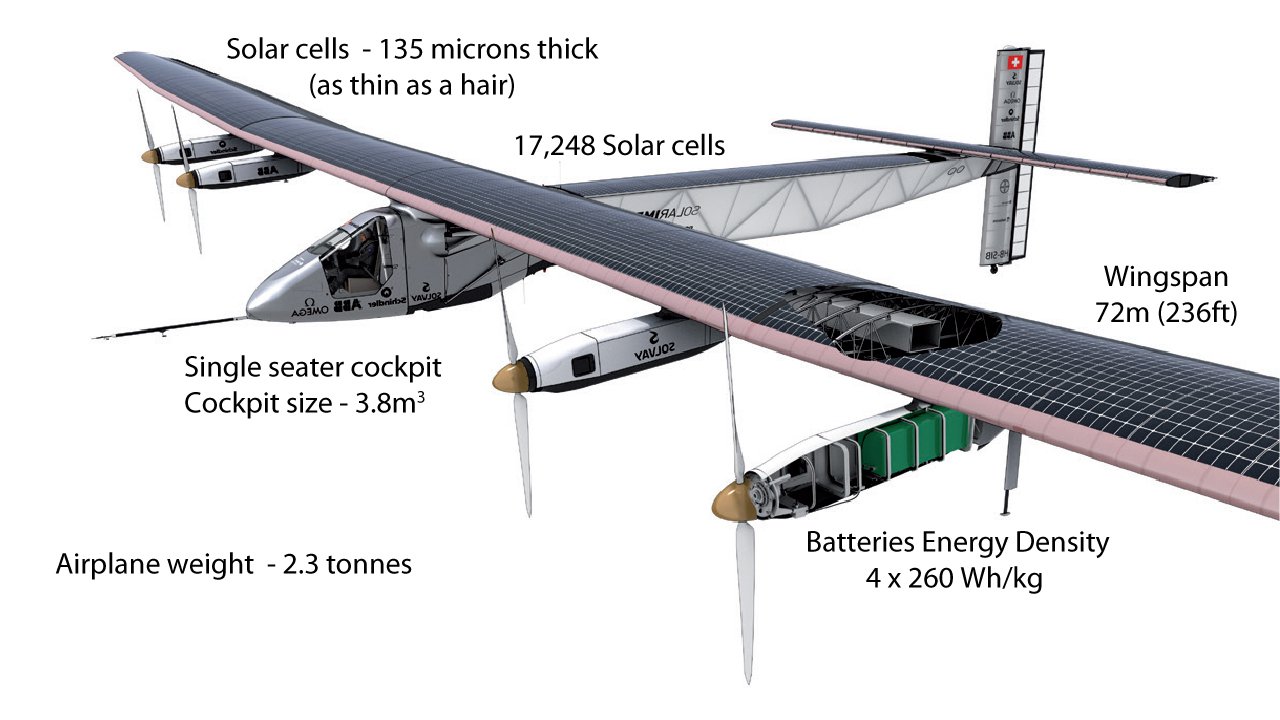 An update from Mission Control said, "During Andre's night-flight, resting is becoming increasingly important. After all, he has been flying non-stop for almost 4 days and has broken the record for the longest-ever solo flight. At the same time, he has to be more vigilant and concentrated than ever in order to conserve as much energy as possible. The further South he flies, the longer the nights and the lower the battery charge. By the end of the night we expect them to run down to 10% of charge, the lowest we've ever experienced. He can't let the batteries run down before the sun starts to charge the solar generators! No solar plane has ever flown for this long and we're pushing the plane and pilot to their limits: fatigue, aircraft systems and energy management. The batteries are losing their performance capabilities due to high temperature, and the MCC engineers are focused on finding solutions. We don't want any more surprises!"

Till Thursday evening, Solar Impulse 2 had accomplished a little over 75% of its flight to Hawaii and is expected to land in Honululu on Saturday. Mission director and co-pilot of the Solar Impulse 2, Piccard, said, "Can you imagine that a solar powered airplane without fuel can now fly longer than a jet plane!" He also said this was a clear message that clean technologies can achieve impossible goals.

From the cockpit, which has remained in constant touch with Solar Impulse' Mission Control in Monaco, Borschberg said, "The first 24 hours were very technical, but the second day was really getting me into the mission. It took me a while to create a relationship of trust with the airplane, which allows me to rest and eventually sleep by periods of 20 minutes with the autopilot. The experience of flight is so intense that I can only focus on the present moment and discover how to deal with my own energy and mindset."

If Borschberg's flight is successful, Piccard will then continue this epic ocean-crossing to Phoenix, Arizona. The journey will then take the 2 explorers, flying alternatively in the single-seater cockpit, across the USA, the Atlantic and back to Abu Dhabi where the journey started on March 9.

The goal of this adventure is to collect millions of voices for their Future Is Clean initiative, a campaign that aims to encourage governments to replace old polluting devices by new, clean technology. They also want to save energy, natural resources and decrease CO2 emissions in a profitable way, creating jobs and economic growth while protecting the environment.