The agreement sets rigorous requirements that will improve the energy efficiency of small network equipment (SNE) by 10 to 20 percent compared to typical, recently-deployed devices and cover more than 90 percent of U.S. broadband households – roughly 80 million homes.

“DOE appreciates industry’s voluntary commitment to improving the energy efficiency of small network equipment, and looks forward to the progress they can make and verification of the impacts at the appropriate time,” said Dr. Kathleen Hogan, deputy assistant secretary for energy efficiency, U.S. Department of Energy.

“As we all work to improve energy efficiency in consumer electronics, this is a significant step toward realizing valuable savings,” said G.P. Li, director of the California Plug Load Research Center, a leader in cutting-edge, energy-efficiency solutions for plug load devices. “Setting these early commitments for broadband equipment is a promising move to greater efficiencies, which is very important to CalPlug’s efforts as more devices join the Internet of Things.” 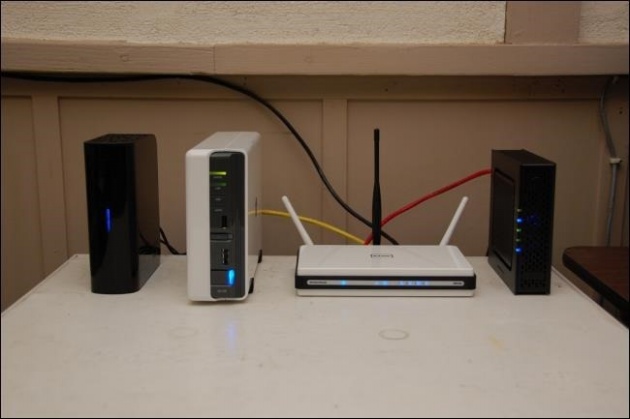 The new SNE voluntary agreement runs through 2017 and is modeled on the successful voluntary agreement for set-top box energy conservation, launched in 2013 by the pay-TV industry, consumer electronics manufacturers and energy efficiency advocates. In its first year the set-top box voluntary agreement achieved a 4.4 percent reduction in national energy consumption by set-top boxes, even as deployed stock increased that year. According to the agreement’s first annual report, the improved set-top box energy efficiency saved American consumers roughly $168 million in energy bills and nearly 842,000 metric tons of carbon dioxide (CO2) – equivalent to the output of one-half of a large (500MW) power plant.

“This agreement will begin saving consumers energy and money – and do so long before any mandatory regulatory standards could take effect – while protecting innovation and competition,” said Gary Shapiro, president and CEO of CEA. “By setting requirements for energy-efficient broadband equipment now, the agreement will lock-in efficiencies at the dawn of the Internet of Things, which depends on strong broadband networking. Our industry has proven that voluntary, energy-conservation agreements are the best means of effectively improving energy efficiency, while recognizing the lightning-fast pace of tech innovation.”

“This new commitment further demonstrates how industry takes seriously our responsibility to deliver innovative and energy-efficient services and equipment that millions of consumers rely on,” said Michael Powell, President and CEO of NCTA. “With Americans continuing to connect more devices to their home networks, reducing the energy footprint of Internet equipment is an industry priority.”

As with the set-top box agreement, this new voluntary commitment requires broadband service providers and retail equipment manufacturers to publicly report SNE energy use including annual progress reports by an independent third party. Additionally, the agreement mandates annual verification audits to ensure SNE devices are performing at the efficiency levels specified in the agreement, and regular consultation and engagement with regulatory authorities and other stakeholders.

Even though there are more consumer electronics in U.S homes than ever, those devices now account for a lower percentage of electricity usage per household than they did three years ago, according to the CEA study Energy Consumption of Consumer Electronics in U.S. Homes in 2013.