To encourage “Energy Conservation & Environment Protection” in the industrial sector PCRA has been continuously upgrading the energy conservation knowledge through energy audits and sharing the experience of energy efficiency improvement and achievement of industries.

To encourage “Energy Conservation & Environment Protection” in the industrial sector PCRA has been continuously upgrading the energy conservation knowledge through energy audits and sharing the experience of energy efficiency improvement and achievement of industries. Based on these information, developing case studies for dissemination of information to various industrial groups and organizations. The case study detailed below is one of the modification carried out by Visakhapatnam Steel Plant, Rashtriya Ispat Nigam Ltd. Which is being reproduced for the benefit of steel plants & re-rolling mills.

Rashtriya Ispat Nigam Ltd. is the corporate entity of Visakhapatnam Steel Plant. The plant has a capacity to produce 2.656 Mt of saleable steel of which 2.410 Mt is finished steel.

Steel making is energy intensive in nature and hence VSP uses various types of energies for reduction of oxide and process heating. In his energy policy RINL is committed to reduce specific energy consumption by 1% per year upto 2010. 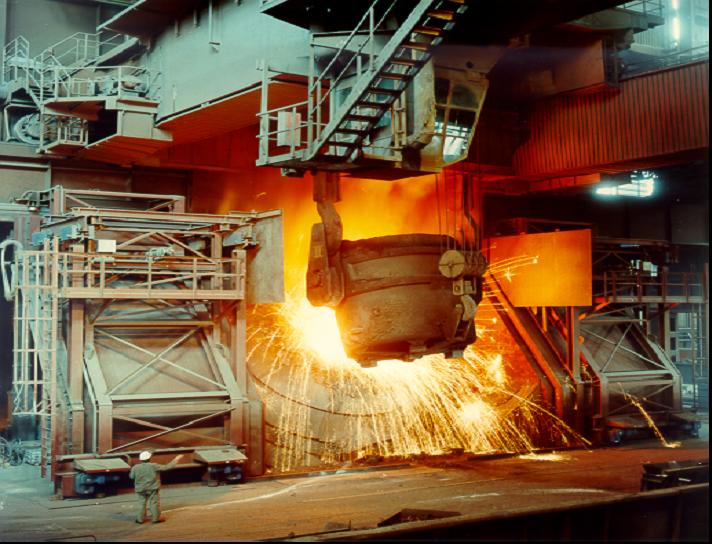 There are 11nos. of 1700KW and 9 nos. of 1000KW main drive DC motors installed in Medium Merchant Structural Mill (MMSM) to run the mill stands. They are run at different speeds as required for the profile being rolled. During normal operation, the motors will be running at lesser field currents. However, when the mill is stopped and the drive is kept ready for rolling, the field current will remain at 100%. It was observed that operating at 100% field currents during non rolling period is leading to energy wastage. The duration of rolling is 18Hrs. and non-rolling period is 6Hrs. per day.

When on full field, motor is ready to run if the speed computer reference is released. Once the computer reference is released, it will decide about the speed of the motor. If it is less than or equal to the base speed then drive will have full field current and if the speed is more than the base speed field current is reduced to develop more speed. Normally drives are running in field weakening mode.

It is proposed to keep the field current at 25% of rated value during non rolling and increase it to 100% field when speed reference is released. This can be implemented by modifying the thyristor converter control circuit of the DC drives.

The Thyristor was of standard make. Thyristor converter interlocking and control circuits were modified for all 1700KW (11nos.) and 1000KW (9nos.) DC motors. The circuit is now having three more additional relays with a timer in line. When Armature auxiliaries are made ON, field will be ON, but field current is limited to 25% of rated value only.

At this stage, first field is allowed to raise from 25% to 100%. It is allowed to build up to full value after certain time delay only. After field goes to 100% only, computer reference is allowed to run the drive. Then drive starts picking up speed and goes to field weakening mode and settles at the required RPM. Suitable modifications in hardware connections with the additional relays and timer were made in all 20 drive.