Canada closed 2015 with an installed wind capacity of 11.2GW.

Canada closed 2015 with an installed wind capacity of 11.2GW.

That’s according to the Canadian Wind Energy Association (CanWEA) which claims the country is ranked seventh in the world for total installed wind capacity.

The nation built 1.5GW of new capacity through the development of 36 projects during the same period, it added. 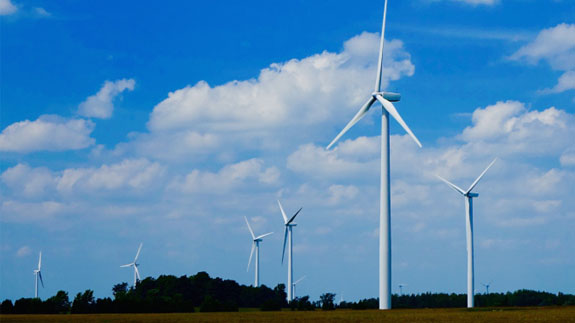 A wind farm in Canada

Ontario has been the region where this green source has grown the most, adding 871MW of new capacity. The city has a total of 4.3GW of wind energy installed.

CanWEA President Robert Hornung said: “Not only has the wind energy industry continued its five-year trend as the largest source of new electricity generation in Canada, the industry in Canada has demonstrated a five-year annual average growth rate of 23% per year – an average of 1,438 MW per year.”