Has Britain thrown away its chance to be the world centre of green finance?

There is a real opportunity for Britain to establish itself as the global centre of green investment, but the Government's 'confused' energy policy risks driving investors to Paris or other financial centres.

There is a real opportunity for Britain to establish itself as the global centre of green investment, but the Government's 'confused' energy policy risks driving investors to Paris or other financial centres.

Davis was speaking to edie from the launch of the Green Finance Initiative – a plan convened by City executives banks, insurers, accountants, academics, regulators, and government, which aims to make London the world leader in green finance.

To highlight his point, Davis told edie that representatives from the Peoples Bank of China are currently in London looking for investment to back up China’s aggressive renewable expansion – symptomatic of the opportunities that lie ahead – but that recent Government policy changes were placing these opportunities at risk

Davis said: “From my perspective - if we want to be the global leader and compete with Paris who would also like to be the centre for green finance, we need to show a lot more alignment between our national policies and the global market opportunity.

“I think the Government has shot themselves in the foot, and muddied the waters, just when business – both green and fossil fuels – wanted clarity.

“We thought we had it, we had the Electricity Market Review (EMR), the capacity mechanism, there was a feeling of a real strategy, a feeling of permanence and of cross-party consensus. And then they’ve destroyed it in six months.

Davis said investors simply want clarity about where the energy market is headed. “We don’t need certainty, we’ll make our own investment decisions, but we need clarity about what the Government wants to achieve. They say one thing and mean something else. You have to check the small print of announcements to find out what they really mean. And that’s just not helpful. It doesn’t build confidence or trust

“We want a much stronger set of policies which tell us where the market is going. That’s not just the case with renewables, but anyone looking to invest in the ancillary services like CCS, demand reduction, and the capacity mechanism.”

Davis had equally strong words back for Cameron, adding: “The idea that those policies haven’t had a negative impact is crazy. It’s been negative in the sense that things have not been done.

“We’ve seen businesses exiting the market having made good investments and had a good business, because they cannot absorb the risk of constantly changing policy and they don’t see why they should. There are easier fish to fry. You’ll see a lot more UK business investing in France and other European countries because they don’t see the same policy uncertainty there. 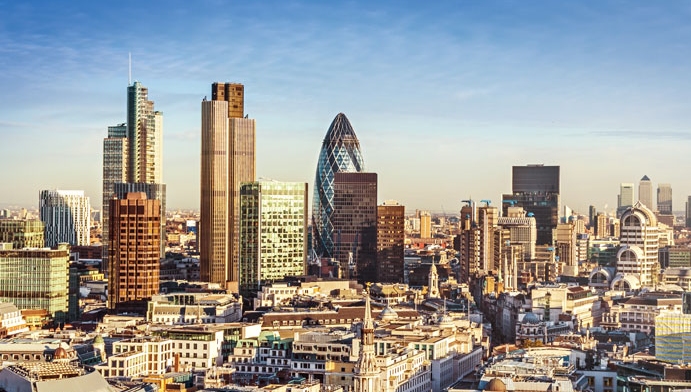 Despite this criticism of UK energy policy, Davis doesn’t believe the damage done is irreparable.

“Its not critical…yet”, he said. “We have the tools and capital in this country. Financial businesses want to work here, we have a good framework for crowdfunding and P2P investing and obviously the City is already a financial centre. What we’re missing is that clarity in the energy market.”

“2016 has the potential to be the year that sustainable investing can creep into the mainstream. When you’ve got 195 countries signed up, it’s no longer niche and that’s the big change in perception that was needed. We’re looking forward to seeing how that moves the market on.”