Vietnam ranked the fourth in the world in terms of number of projects, with the total amount of greenhouse gas reduction potential of about 137.4 million tons of CO2 equivalent in the credit period.

Vietnam strives to build a low carbon economy towards green growth. These are the specific actions of Vietnam to implement the United Nations Framework Convention on Climate Change (UNFCCC), which was adopted in the UN Climate Change Summit 21st Session of the Conference of the Parties COP 21 in Paris.

Prof. Dr. Tran Thuc, Vice Chairman of the Advisory Council of the National Committee on Climate Change, said Vietnam had been performing well to respond to climate change.

By June 2015, Vietnam had 254 projects of Clean Development Mechanism (CDM) to be recognized by the Executive Board of CDM (EB). Out of the total 254 projects, the energy projects were accounted for 87.6%, waste management 10.2%, afforestation and reforestation 0.4% and others accounted for 1.8%.

Vietnam ranked the fourth in the world in terms of number of projects, with the total amount of greenhouse gas reduction potential of about 137.4 million tons of CO2 equivalent in the credit period.

The certified emission reduction granted by EB up to now has been calculated at over 12 million, ranked the 11th in the world. 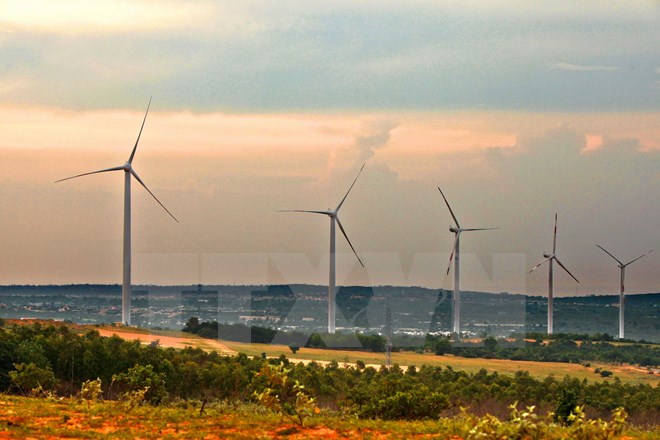 These policies encourage the people to use energy with savings, and efficiency in production and daily life activities through pro-energy efficiency activities and renewable energy use.

Also, Vietnam has made great efforts in forest protection, afforestation and reforestation to enhance its carbon stocks, to reduce greenhouse emissions.

In the next stage, Vietnam is developing and implementing the subsequent actions to reduce greenhouse gas emission within the national affordability and conditions.

Besides, the Government of Vietnam highlights the priorities on converting the emission economy to low-carbon green economy.

In the next period, Vietnam envisions the highest rate of emission by 2020 and strong reduction by 2025, so that the greenhouse gas emission is brought down to zero in this century.

It can be affirmed that Vietnam 's Intended Nationally Determined Contributions (INDCs) report reflects Vietnam's efforts to reduce greenhouse gas emissions and adaptation activities to climate change, which will be implemented in Vietnam from now to 2030.

In the next period, Vietnam wants to improve the techniques, to convert the emission-based economy to a greener economy. However, by this time Vietnam has been using fossil fuels as the main fuel source, the contribution of renewable energy sources and clean energy is still limited.

To achieve the target of increasing forest canopy to 45%, in the coming period, Vietnam needs to establish a national system for greenhouse gas inventories, the system of measurement, reporting and evaluation at all levels.

From now to 2018, Vietnam is to conduct in-depth study with focuses on possible resources to set a long-term strategy to mitigate greenhouse gas emissions and to adapt to climate change for period 2012-2030.

Mr. Nguyen Khac Hieu, deputy director of the Department of Hydrometeorology and Climate Change said that the preparation of the third national notification was to collect inventory information of greenhouse gas from various fields of social and economic activities, to formulate the database for setting up and updating the climate change scenarios for mitigation of greenhouse gas emissions in the country.

The Ministry of Natural Resources and Environment will promote its consultation with related ministries, branches and specialized units, to make the most of resources, to ensure the required update of the latest information for the U.N. Framework Convention on Climate Change (UNFCCC).

The Project "Vietnam: Third National Announcement to U.N. Framework Convention on Climate Change" is planned for 3 year implementation (from early 2016-to the end of 2018), with total capital of US$ 630,000.

The Global Environment Facility (GEF) grants US$480,000 through the United Nations Environmental Program (UNEP) while the Ministry of Natural Resources and Environment is the focal agency to manage the project.