London's famed red buses are set to receive a little dash of green, thanks to five new all-electric additions to the fleet.

London's famed red buses are set to receive a little dash of green, thanks to five new all-electric additions to the fleet. After being formally received at a ceremony last week, the new local emissions-free vehicles will now be rolled out along service routes where pollution is of particular concern. 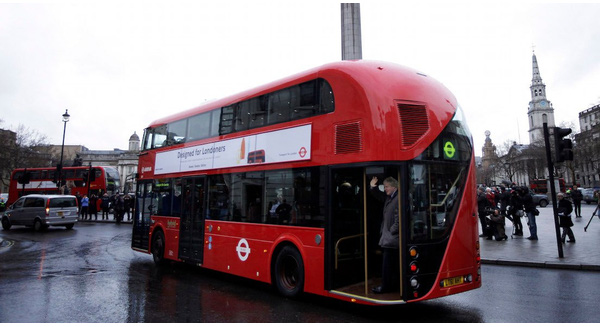 London has attracted a considerable amount with their eco-friendly innovative solutions. A number of green developments and plans have served as examples for other places around the world. These include the bike-sharing service, the underground bike paths, and of course the issue of handling food waste effectively.

Arguably the most significant green development, however, concerns the public transport. Last summer, the city officials introduced the all-electric double-decker buses, during the Clean Bus Summit. Now, these electric buses are finally a reality

Formally showcased last week, the five shiny all-electric iconic red double deckers are about to join the service operating on Route 98. The track was chosen as it is known for its high pollution values. As soon as the new electric buses hit the streets, they are expected to immediately start bringing down operational and management costs, emissions, and noise.

The buses are developed by BYD, a Chinese car and battery producer. The big red iconic vehicles are 10.2m (33.46 ft) long, and can transport 54 seated and 27 standing passengers (a total of 82) at any given time. Battery charging will take place in the Bus Garage in North London, owned by the service operator Metroline. The buses will be charged over night, although the batteries will need only four hours to reach full charge. According to BYD, the buses will not need to be charged during the day, as the batteries are capable of carrying out the daily duties.

Big news for London, clearly. No wonder London’s Deputy Mayor of Environment and Enegrgy, Matthey Pencharz, is so excited about it. He is the first to point out that the buses can only be beneficial for Londoners.

Hopefully, these five double deckers represent the first step of many in a direction of green electric public transport for one of the most polluted cities in the world.