Hydrogen could be the ideal fuel: Whether used to make electricity in a fuel cell or burned to make heat, the only byproduct is water; there is no climate-altering carbon dioxide.

Hydrogen could be the ideal fuel: Whether used to make electricity in a fuel cell or burned to make heat, the only byproduct is water; there is no climate-altering carbon dioxide.

Like gasoline, hydrogen could also be used to store energy. Hydrogen is usually produced by separating water with electrical power. And although the water supply is essentially limitless, a major roadblock to a future "hydrogen economy" is the need for platinum or other expensive noble metals in the water-splitting devices. 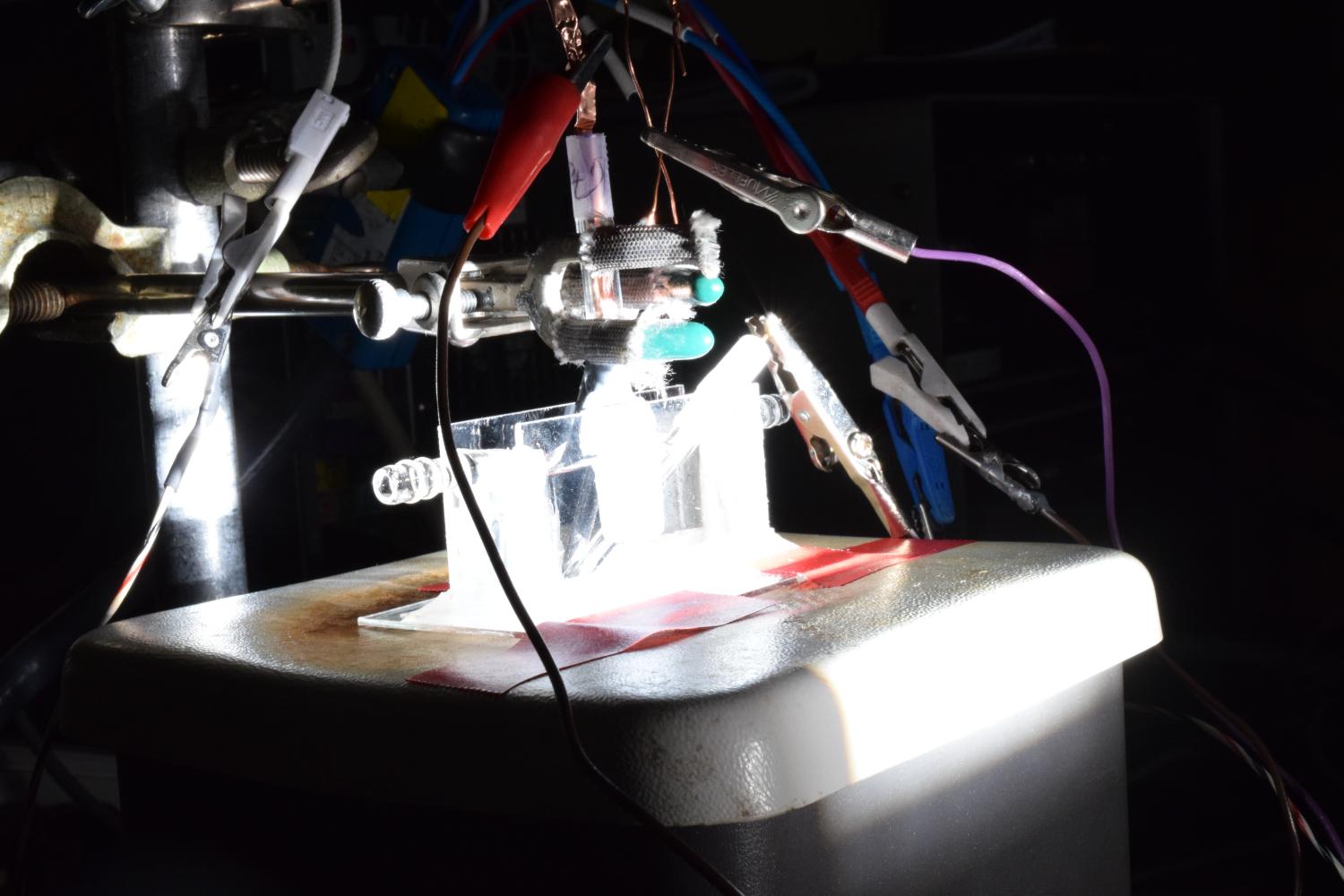 Noble metals resist oxidation and include many of the precious metals, such as platinum, palladium, iridium and gold. "In the hydrogen evolution reaction, the whole game is coming up with inexpensive alternatives to platinum and the other noble metals," says Song Jin, a professor of chemistry at the University of Wisconsin-Madison.

In the online edition of Nature Materials that appears today, Jin's research team reports a hydrogen-making catalyst containing phosphorus and sulfur -- both common elements -- and cobalt, a metal that is 1,000 times cheaper than platinum.

Catalysts reduce the energy needed to start a chemical reaction. The new catalyst is almost as efficient as platinum and likely shows the highest catalytic performance among the non-noble metal catalysts reported so far, Jin reports.

The advance emerges from a long line of research in Jin's lab that has focused on the use of iron pyrite (fool's gold) and other inexpensive, abundant materials for energy transformation. Jin and his students Miguel Cabán-Acevedo and Michael Stone discovered the new high-performance catalyst by replacing iron to make cobalt pyrite, and then added phosphorus.

Although electricity is the usual energy source for splitting water into hydrogen and oxygen, "there is a lot of interest in using sunlight to split water directly," Jin says.

The new catalyst can also work with the energy from sunlight, Jin says. "We have demonstrated a proof-of-concept device for using this cobalt catalyst and solar energy to drive hydrogen generation, which also has the best reported efficiency for systems that rely only on inexpensive catalysts and materials to convert directly from sunlight to hydrogen."

Many researchers are looking to find a cheaper replacement for platinum, Jin says. "Because this new catalyst is so much better and so close to the performance of platinum, we immediately asked WARF (the Wisconsin Alumni Research Foundation) to file a provisional patent, which they did in just two weeks."

Many questions remain about a catalyst that has only been tested in the lab, Jin says. "One needs to consider the cost of the catalyst compared to the whole system. There's always a tradeoff: If you want to build the best electrolyzer, you still want to use platinum. If you are able to sacrifice a bit of performance and are more concerned about the cost and scalability, you may use this new cobalt catalyst."

Strategies to replace a significant portion of fossil fuels with renewable solar energy must be carried out on a huge scale if they are to affect the climate crisis, Jin says. "If you want to make a dent in the global warming problem, you have to think big. Whether we imagine making hydrogen from electricity, or directly from sunlight, we need square miles of devices to evolve that much hydrogen. And there might not be enough platinum to do that."