Mayor of Rangpur City Corporation formally launched replacement of the existing sodium and tube light bulbs with energy saving ones in the city. 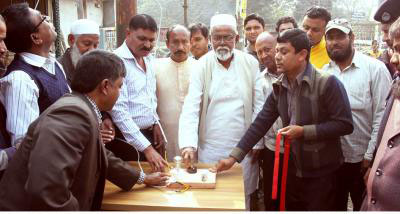 The city corporation has been implementing the bulb replacement programme of Tk72.5 million with financial assistance of Japan International Cooperation Agency (JICA) and Government of Bangladesh (GoB). Auto Power Private Limited will complete replacement of all of the existing sodium and tube light bulbs with energy saving ones on the 166-kilometre long 296 roads in 16 wards out of total 33 wards in the city by October next.