Up to 8,000 zero-carbon homes are set to be built in the UK thanks to a £1.1bn deal between UK solar developers WElink Energy and British Solar Renewables and the China National Building Materials Group.

Up to 8,000 zero-carbon homes are set to be built in the UK thanks to a £1.1bn deal between UK solar developers WElink Energy and British Solar Renewables (BSR) and the China National Building Materials Group (CNBM).

The agreement will see an initial tranche of 4,000 pre-engineered homes built between 2016-2018, replete with rooftop solar panels, energy storage systems and waste-to-energy technologies. A further 4,000 units are set to follow.

WElink chief executive Barry O'Neill said the designs were easily scalable across the UK, if there was sufficient demand.

The Renewable Energy Association (REA) welcomed news of the deal, saying in a statement: “That solar and storage technologies are now being incorporated into new building developments demonstrates that despite ongoing government actions to slow the growth of highly efficient green homes, there is still robust demand.

“The homes that will be built will be zero-carbon, affordable, and high quality. They will only be connected to the energy grid as a backup as they will produce and store their own electricity.”

The Government scrapped the so-called zero-carbon homes standard back in July. 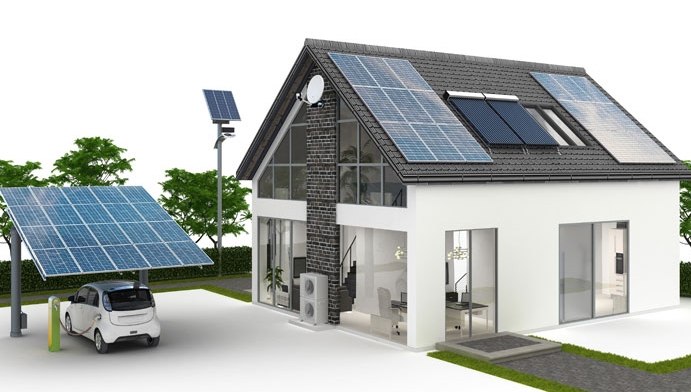 The REA’s chief executive Nina Skorupska said: “Today’s announcement proves that low carbon homes are commercially viable and are attractive to new home owners. Installing solar and storage on new developments is not a play-thing of the rich, in fact these are affordable family homes.

“Britain requires a tremendous level of investment and political commitment to build over 200,000 homes needed a year. Today’s announcement demonstrates an excellent model for how to move forwards; these homes will have very low energy bills over their lives and owners will live more independently than ever before.

Globally, the building sector consumes more than one third of the world's energy and, in most countries, is the largest source of GHG emissions. The housing industry has made some progress in this area, recently launching a new project which aims to maximise building performance in terms of energy efficiency and overall environmental impact.

At the beginning of the year, edie listed 'making green buildings the new normal' as one of our '16 New Year's resolutions for the green economy'.