Countries can deliver on the promises of the historic Paris climate change agreement by rapidly scaling up wind and solar power to 36% of the global energy mix by 2030.

Countries can deliver on the promises of the historic Paris climate change agreement by rapidly scaling up wind and solar power to 36% of the global energy mix by 2030, an international energy gathering heard on Saturday.

The International Renewable Energy Agency (Irena) meeting in Abu Dhabi – the first major global gathering since Paris – is seen as an important test of countries’ readiness to put those plans into action.

Nearly 200 countries agreed to keep warming below 2C, and work towards a 1.5C limit, during the Paris climate negotiations last month. Some 187 put forward plans to cut greenhouse gas emissions.

Irena said those goals were within reach – if countries move fast. Scaling up renewable energy to 36% of the global energy mix by 2030 would provide about half of the emissions reductions needed to hold warming to 2C. Energy efficiencycould make up the rest.

“The Paris agreement set a long-term vision for the deep reduction of global emissions and the need to decarbonise the energy sector,” Adnan Amin, Irena’s director general said in a prepared statement. “The Irena assembly must now take the next steps and establish a blueprint for action to meet our climate goals and set the world on a path to a sustainable energy future.” 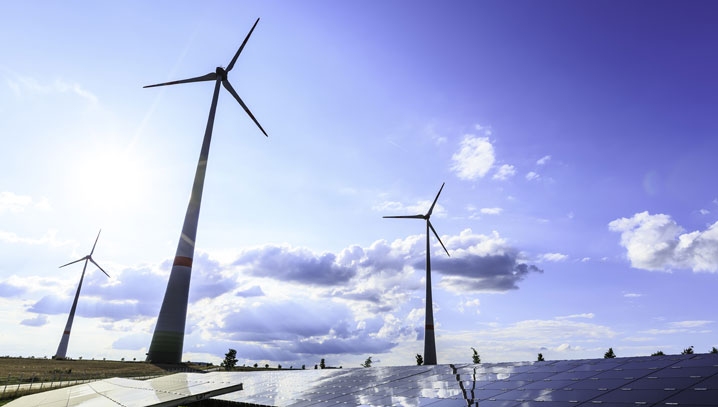 Increasing renewables to 36% of the global energy mix by 2030 would provide about half emissions reductions needed to hold warming to 2C, says Irena

In an effort to spur countries to action, an Irena report released on Saturday found doubling the share of renewables by 2030 would increase global GDP by up to 1.1% or about $1.3tn, and provide jobs for more than 24 million in the renewable sector.

The United Nations climate chief, Christiana Figueres, has said repeatedly she was looking to the Paris agreement to send a clear signal to the business community of a shift away from a fossil-fuel driven economy.

Some of those changes are already underway. Global clean energy investmentattracted a record $329bn last year, according to a report released on Thursday by Bloomberg New Energy Finance.

The report noted the rise in clean energy investment came despite the drop in oil prices.

Irena officials said they hoped that the Paris climate accord would add momentum to the shift.

“We are not seeing climate change action as a cost, but starting to see it in terms of opportunities,” said Angela Kallhauge, Irena’s climate change officer.