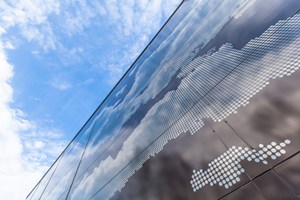 Once completed, Aurora will be the Enel Group’s largest solar power plant in North America.
https://media.tietkiemnangluong.com.vn/Images/Upload/Article/0/251/25117/1.jpg

Enel S.p.A. said May 5 that through its subsidiary Enel Green Power North America (EGPNA) it has started construction of the 150-MW (dc) Aurora utility-scale distributed solar PV project in Minnesota.

"The Aurora project marks a significant step forward in the growth of our solar portfolio," said Rafael Gonzalez, Head of Enel Green Power North America. “By maximizing the distributed solar model, Aurora highlights how innovation and design are driving the future of renewables, while providing communities with access to energy that delivers both the biggest possible environmental benefits and the most economic value.”

The Aurora project, which is owned by EGPNA subsidiary Aurora Distributed Solar LLC, will consist of 16 solar PV plants with a total installed capacity of 150 MW (dc)/100 MW (ac) and will be able to generate over 210 million kWh annually. All 16 sites are expected to be online by the end of 2016. 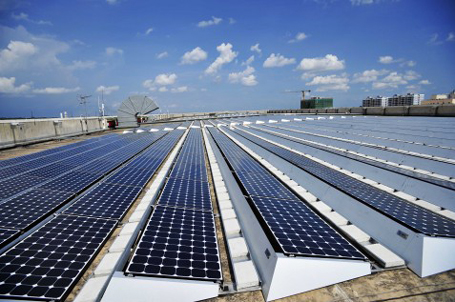 The construction of the Aurora solar project will require an overall investment of approximately US$290 million and is in line with Enel’s strategic plan. The investment will be partly funded through a capital contribution agreement with State Street Bank and Trust Co. in the amount of US$140 million. The Aurora solar project has a long-term power purchase agreement with the Northern States Power unit of Xcel Energy (NYSE: XEL).

The project features a distributed solar design that consists of the installation of multiple small-scale solar sites and delivers a range of benefits, including a reduction in line loss, elimination of transmission costs and geographic diversification of generation assets. Each of the 16 solar facilities will utilize linear axis tracking devices to maximize efficiency and production, and will be interconnected into the off-taker’s distribution system, providing energy and capacity to the local distribution network.

Aurora is EGPNA’s third solar PV project in the U.S., and combined with the existing Stillwater Solar and Sheldon Springs Solar sites, increases its total solar portfolio to almost 180 MW. EGPNA already owns and operates two wind farms in the state of Minnesota — Prairie Rose and Minnesota Wind — which have a combined installed capacity of 230 MW. Once online, the Aurora project will increase EGPNA’s total installed capacity in the state to 380 MW.