RWE to expand into large-scale solar

German energy firm RWE, one of the world's largest operators of offshore wind farms, has announced plans to expand into new markets, including large-scale solar PV.

German energy firm RWE, one of the world's largest operators of offshore wind farms, has announced plans to expand into new markets, including large-scale solar PV.

The renewables arm of the company said it expects profits to double year-on-year when it announces its annual results in March.

To continue this growth, RWE plans to float 10% of shares in the renewables business, which was established as a separate entity last month.

According to RWE CEO Peter Terium, more than half of the proceeds of the flotation will be earmarked for the further expansion of renewable energies.

Hans Bünting, the CEO of the renewable energy business RWE Innogy, said: “We will maintain our current successful course and examine the technologies and regions in which we can grow. Unlike in the past, however, we will not be setting ourselves targets measured in installed megawatts.

“After all, the primary focus is return on investment. Overall, we see four major pillars for further growth: increasing shares in projects, organic growth in onshore and offshore wind, entry into new markets and expanding the portfolio to include large PV projects.” 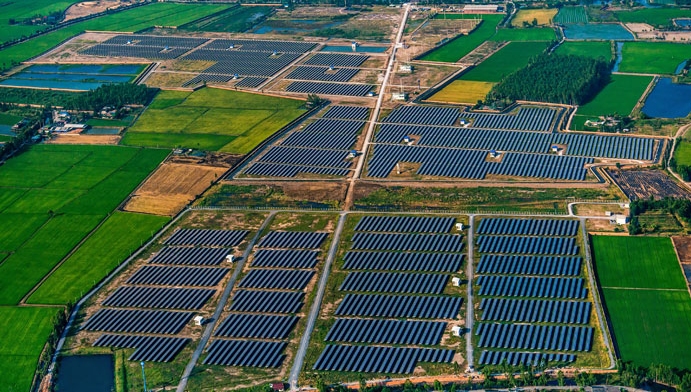 RWE plans to float 10% of shares in its renewables business

“As a result of strong population growth and rapid economic development, these countries have set themselves ambitious growth targets for the expansion of electricity production. Renewables play a prominent role in this,” said Bünting.