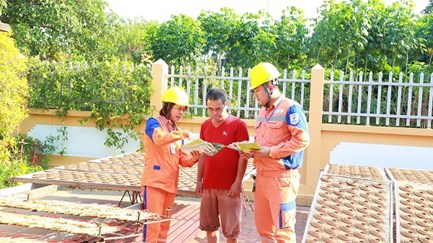 Hung Yen province spread the spirit of efficient use of electricity

Currently, the demand for electricity in production and daily life of companies, production and business enterprises and households in Hung Yen province is increasing. If there are no suitable energy-saving solutions, it will cause waste. Therefore, from state agencies, businesses, companies to people, they have been aiming to use electric energy reasonably and efficiently.