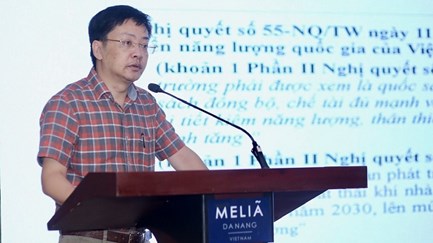 In the coming time, it’s needed to develop new tools and methods which help solve practical problems and legislate the guidelines and policies of the Party and State to promote energy efficiency activities. In which, reviewing and amending the Law on Economical and Efficient Use of Energy is urgent.