This statement is derived from the latest report published by Oxford Analytics on the global wind energy market. The report also suggests the market will gradually shift to Asia due to price pressure, climate policies and geopolitical impacts.

Pessimistic forecast about the industry growth
According to the report summary, price pressure would limit supply chain expansion and cause manufacturing to shift from the EU to Asia. Raw material vulnerabilities are the main obstacles to the supply chain stability for the energy transition in OECD countries.
As the report mentioned, the major impact would be less direct supply-chain job creation in the energy sector in OECD, as manufacturing becomes more concentrated in Asia. Meanwhile, expansion of the supply chain would be more vulnerable to geopolitical events, war or trade disputes, for instance. Additional capacity from wind power may fall short of those needs to meet climate policy targets.
The world has witnessed the boom of the offshore wind power industry in the last few decades, especially in Scandinavian countries. At the turn of the century, installed wind capacity worldwide was 24GW, surged up to 837GW by end-2021. This year, 93.6 GW of new capacity was installed, slightly below the record set in 2020, despite the challenges the pandemic posed. Wind’s share of global power generation has risen from near-zero to almost 6% in 20 years.
However, the report said the global wind industry needs to expand further and faster over the next decade if climate and security of supply targets are to be met. 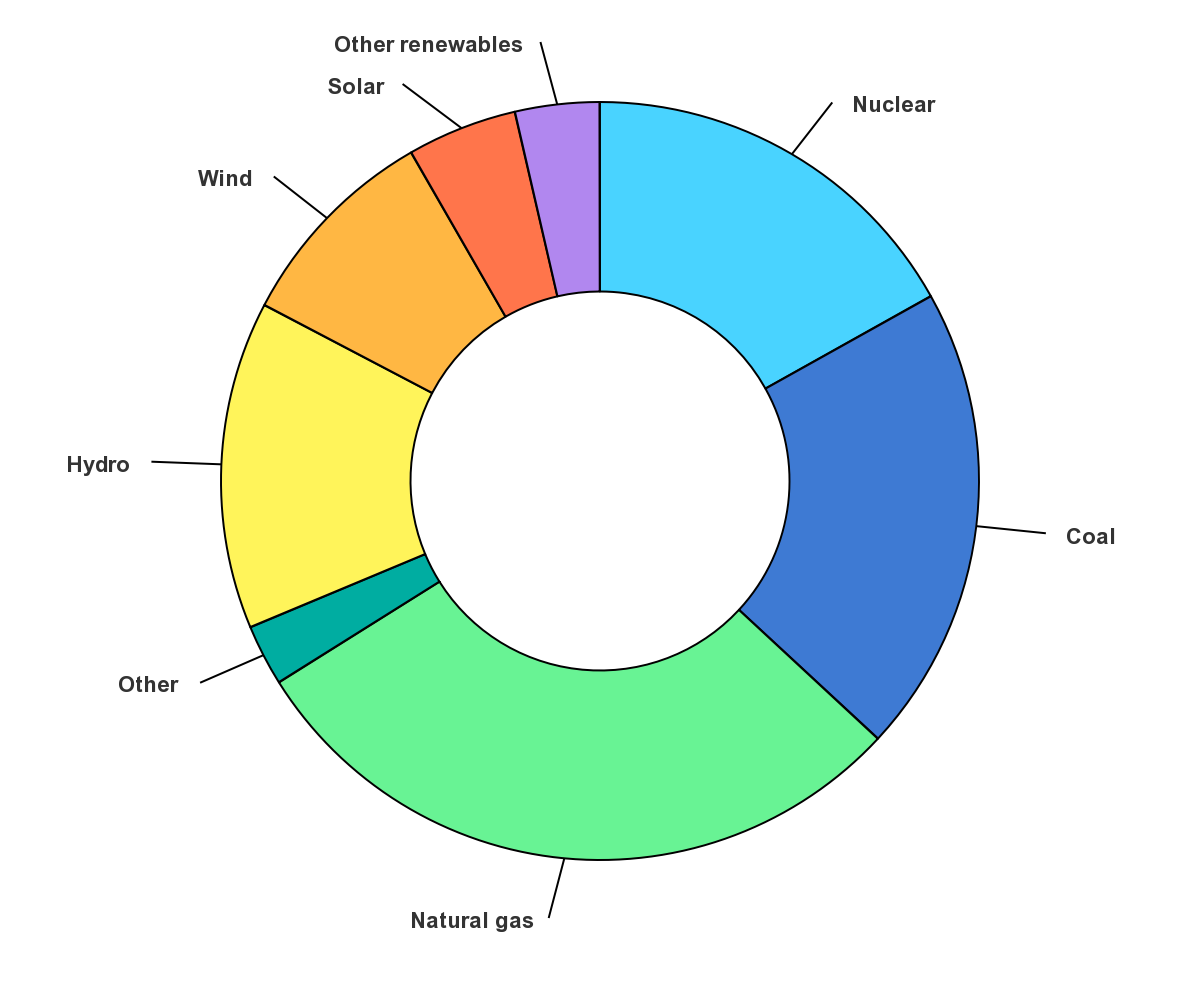 Energy market share by supply in OECD countries in 2021. Image: IEA.
Main drivers of the market
Key industry drivers are also analysed in the report. Accordingly, climate policies focused on global decarbonisation are fundamental for the prosperity of the wind energy industry.
The big player, China, sets a target of 1,200GW of renewable energy installed capacity by 2020, which is likely to be surpassed according to observers. Estimates suggest the country’s wind capacity around 831GW in 2020, could reach close to 700GW by 2030, accounting for over two-thirds of the world’s total.
Meanwhile, the target of the US power sector emission-free is set by 2035, which is unlikely to be met based on current implementation trends. According to the US Federal Energy Regulatory Commission and Department of Energy, renewable energy would be around 33-38% of electricity by 2030. Wind and solar power are considered primary growth areas.
Energy security requires promoting policies for clean, cost-effective resources which are not dependent on imports. Right after the current geopolitical conflict, the EU has proposed the REPowerEU plan, which raises the renewable energy target to 1,236GW, equivalent to 45% of capacity by 2030, 169GW higher than the preceding Fit-for-55 package.Countries with high wind power goals include the UK, Japan, Korea, India and Brazil.
According to WindEurope, the wind industry’s European association, estimates that 32GW per year of new wind capacity is required to meet the target of 40% of energy output from renewable resources by 2030. However, only 18GW per year will likely be added from 2022-2026.
The significant cost decline also contributes to boost the global wind power industry. Based on the report, wind and solar power have become the cheapest form of electricity generation. Although the rise in raw materials affected the wind power market, it is still highly competitive compared to fossil fuels due to their surge in price. Utility-scale solar power can be cheaper, largely depending on latitude.
Cost of offshore wind has also decreased considerably due to technical improvements. In 2021, offshore wind capacity globally reached 57GW, with a record 21.1GW installed.  According to consultants Wood Mackenzie, it is forecasted to reach 330GW by 2031, and the number of countries with large offshore wind sectors rising from nine to 24.
Onshore and offshore wind can significantly contribute to the supply to meet many countries’ demands. The surplus potential suggests that wind power has the potential to supply large-scale hydrogen production, an essential fuel for several economic sectors. 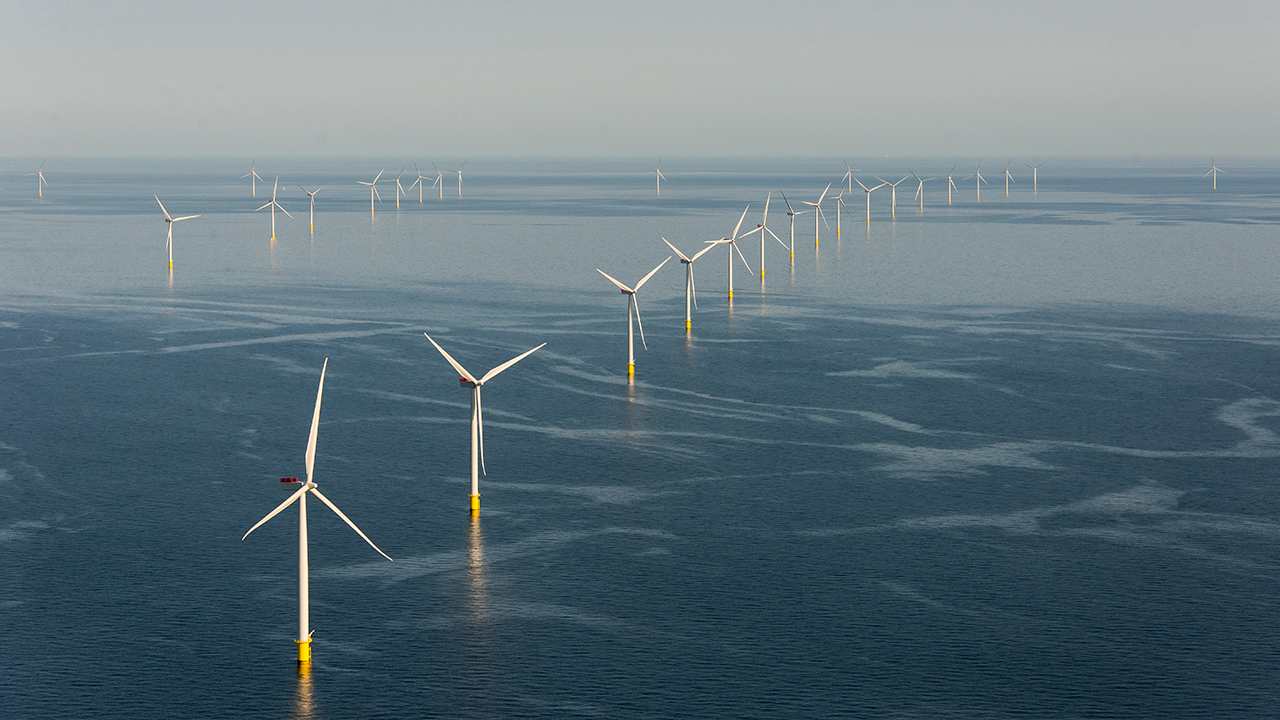 The largest Anholt wind farm with capacity of 400MW, provides 4% energy consumed in Denmark. Image: DEA.
Supply chain
Wind turbine manufacturing is a high-tech industry with high entry requirements. Six of the ten biggest suppliers in the market come from China, three from the EU and one from the US.
Although having high ambition, the EU industry is struggling. Reasons include the rising cost of fuel and logistics due to COVID-19 prevention and the Russia-Ukraine conflict, increasing price pressure from the Asian competitors through bidding, low predictability of order volumes caused by the inconsistent and unclear policies or the governments. All of those led to financial losses, sectoral consolidation and factory closures in the EU, combined with increased outsourcing and relocation of the supply chain to Asia.
The raw materials dependencies and price-related competitiveness also put increasing pressure on the industry. In the first issue, most essential materials for permanent magnets in electric motors like copper, zinc, cobalt, manganese, chromium, and rare-earth elements (REEs) in particular, are dominated by Chinese suppliers. Besides, price pressure forces an internationalised manufacturing, which leads to expanding the manufacturing and assembly process out of the EU. It may result in various disruptions and bottlenecks.
The report concludes that wind power development could be limited by the EU and the US supply chain challenges. Once the supply chains are internationalised, they will be more vulnerable to geopolitical disruptions. On the other hand, it could help in keeping costs low. Chinese manufacturers seem to be most beneficial with a higher ability to expand their market share worldwide.
An Nhien edited (Source: Emerald)
News