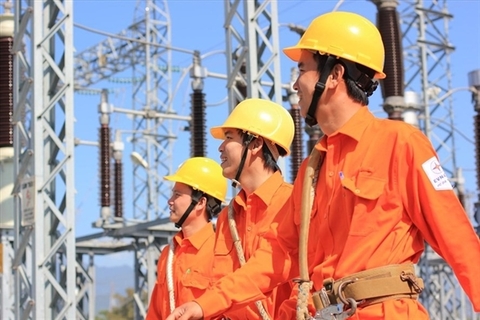 Workers of the Vietnam Electricity. The group would strive to ensure enough power supply for the socio-economic development next year. — Photo laodong.vn

“No power shortage next year is a must,” PM Phuc said at the EVN’s conference on Wednesday to review 2019 and prepare for 2020.

He said the EVN must find solutions to deal with water shortages for hydropower reservoirs, especially during peak dry season. The PM also urged the EVN to use advanced technologies and protect the environment.

He also said the power firm should focus on developing grids to connect renewable energy projects to the system.

Slow construction of key power generation projects pose a threat of power shortages in the next few years.

Of 60 power generation projects with capacity higher than 200MW expected to be put into operation by 2030, 35 are behind schedule, seven of them run by the EVN.

The National Load Dispatch Centre estimated Viet Nam will face a shortage of 41.7 billion kWH in 2021-25 due to droughts, water shortages for reservoirs and difficulties in supplying coal and gas for power plants and increasing demand.

Transparency in power prices and in price adjustments must also be enhanced, he asked.

The PM also tasked the Ministry of Industry and Trade with submitting a decree about energy savings to the Government in January next year to encourage power saving and prevent waste.

According to the EVN’s report, as of the end of 2019, the total capacity of the power system was estimated at 54,880MW, up 6,320MW compared to the previous year. Viet Nam ranked second in scale of power system in ASEAN, after Indonesia, and 23rd in the world.

In 2019, the EVN put two thermopower plants and three solar power plants into operation with total capacity of 1,400 MW.

To date, more than 99.52 per cent of households throughout the country are connected to the grid.

Duong Quang Thanh, the EVN’s chairman, said the group would strive to ensure adequate power supply for socio-economic development and enhance responsibility to the environment and the community. 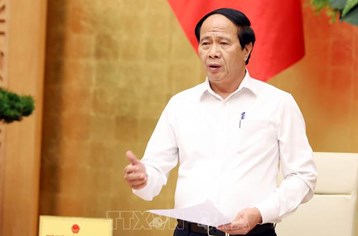 Strengthening the Steering Committee of the National Energy Efficiency Programme