National Grid to pay households more to use off-peak power

National Grid has significantly increased its financial incentive for households that shift their power usage away from peak times as part of a renewed effort to prevent rolling power cuts. 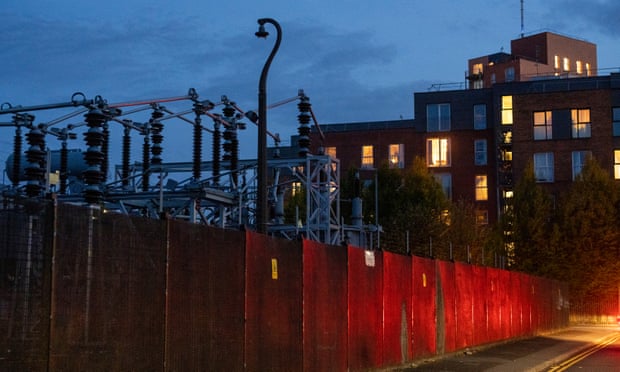 The 52p per KW hour incentive for UK homes with smart meters to use electricity has been boosted sixfold to £3 per KW hour. (Photograph: Christopher Furlong/Getty Images)

Its electricity system operator (ESO) has increased the incentive sixfold to £3 per kilowatt hour (kWh) to encourage households to use their washing machines and appliances late at night, which could mean typical savings of £100 this winter.

National Grid warned this month that homes could face three-hour power cuts if Russia blocks gas supplies into Europe and Britain experiences sustained cold weather, increasing the amount that households use for heating. In response, it has beefed up plans for businesses and households to participate in its “demand flexibility service”, which launches next month.

Writing exclusively for the Guardian, Fintan Slye, the director of National Grid ESO, said on Thursday: “Businesses and homes can become virtual power plants and, crucially, get paid like one too.

“For a consumer that could mean a typical household could save approximately £100 and, for industrial and commercial businesses with larger energy usage, they could potentially save multiples of this.”

The ESO had originally planned to pay households with smart meters about 52p per kilowatt hour in credit via their energy suppliers if they avoid using appliances at times when high demand puts strain on the system.

However, the introduction of support for businesses and households announced by Liz Truss last month made the scheme less attractive, at the equivalent of 34p per kWh.

As a result, the ESO said it expects to pay the equivalent of £3 per kWh, “as feedback indicates this will unlock the majority of the available volume”.

This money will be paid to suppliers in the form of a £3,000 per megawatt hour (MWh) minimum price, and those payments could go higher.

Slye said he was “confident” the scheme could free up about 2 gigawatts (GW) of power, enough for about 1m homes.

As businesses consume far more energy than domestic customers, their savings could be much higher.

Only Octopus Energy, which piloted the initiative earlier this year, has formally signed up. However, it is understood E.ON and Ovo are among those interested in signing up.

Under a similar scheme also launching next month, Ovo customers who use less than 12.5% of the energy they consume in a day between the peak hours of 4pm and 7pm will receive £20 for each month they hit this target. The five-month trial from 1 November could save them £100 as a result.

The more firms and homes that sign up to the ESO plan, the greater the reduction in the pressure on the energy network with consumers putting on their washing machine or appliances at night instead of busier periods.

Octopus and E.ON had claimed the energy discount incentive was too low, arguing that fewer people would sign up as a result, the Times reported last month.

Slye also detailed how National Grid would inform households if there were to be power cuts this winter. He said consumers would receive 24 hours notice and social media influencers could even be called on to spread the message.

He wrote: “We are working with government and industry on planning for this so that the message can be spread across all communities as quickly and accurately as possible. This would include press conferences, social media campaigns, and working with influencers in different communities.”