LVMH, the owner of Louis Vuitton, plans to lower the thermostat at its stores around the world as part energy-saving measures this winter. 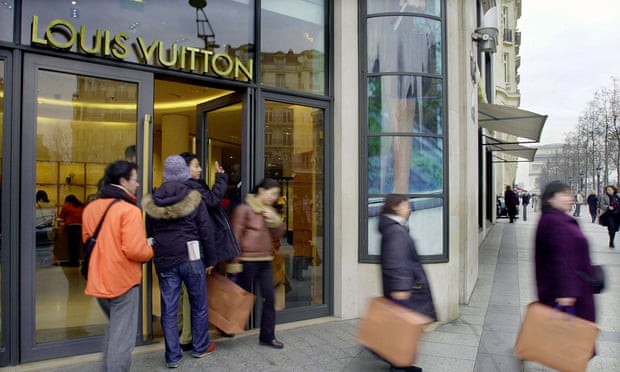 LVMH said lights at its stores will be turned off from 10pm to 7am. (Photograph: Laurent Emmanuel/AP)

The French conglomerate will also turn off the lights at its stores earlier, starting in France in October before being deployed worldwide.

LVMH said it would switch off the lights at its stores three hours earlier, leaving them off between 10pm and 7am, while its offices would go dark at 9pm.

The company, which is the world’s largest high-end goods conglomerate and operates 522 stores and 110 production sites in France, has also pledged to lower temperature settings at industrial sites by 1C in winter and raise them by 1C in summer.

It said the measures would allow it to cut its energy use by 10%.

The announcement follows a call from the French president, Emmanuel Macron, this month for industries, households and local authorities to reduce power consumption by 10% in response to Russia’s throttling of gas supplies and soaring energy prices.

This week authorities in Paris said the Eiffel Tower’s lights would go off an hour earlier.

Last month, France’s prime minister, Élisabeth Borne, urged companies to draft energy-saving plans this month, warning of the impact if the government was forced to ration supply of gas and electricity.

Retailers around the world are expected to implement measures to reduce their gas and electricity bills this winter.

The owner of Primark said last week it was expecting lower profits next year, as it grappled with a strong dollar and soaring costs that had pushed up its annual energy bills by about £100m.

In previous years, the fashion chain faced an increase in energy bills of about £10m, but this year it has been 10 times that figure, according to a spokesperson for its parent company, Associated British Foods.

The retailer’s finance chief, John Bason, said he welcomed news of the annual energy price cap of £2,500 for households from October announced by Liz Truss’s government.