Since 2012, Ha Giang province has organized a series of programs and activities in response to Earth Hour Campaign.

On March 19th, at the 26th of March Square located in the centre of Ha Giang town, Department of Industry and Trade incorporated with Ha Giang Electricity Company, Youth Union and other agencies, organizations to hold a series of activities in response to Earth Hour Campaign 2016 with the meaningful message of “Small Action, Big Significance”. 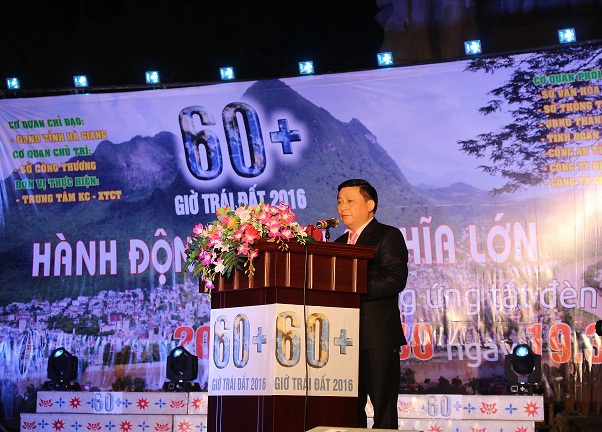 Representative of the People’s Committee delivered a speech

At the kick-off ceremony, Mr. Nguyen Van Son, Chairman of Ha Giang People’s Committee stated that humans have caused irreparable damages to the natural environment which results in ecosystem species imbalance and threatens our own life. Thus, it’s time for us to raise our voice and take actions to protect the precious resources and tackle climate change and global warming. Since 2012, Ha Giang province has organized a series of programs and activities in response to Earth Hour Campaign in order to create a new and elegant image of Ha Giang to both domestic and foreign visitors. For example, a bike parade was held around the main roads to raise the community’s awareness of climate change and energy saving as well as environment protection of the local organizations, divisions, unions and residents. 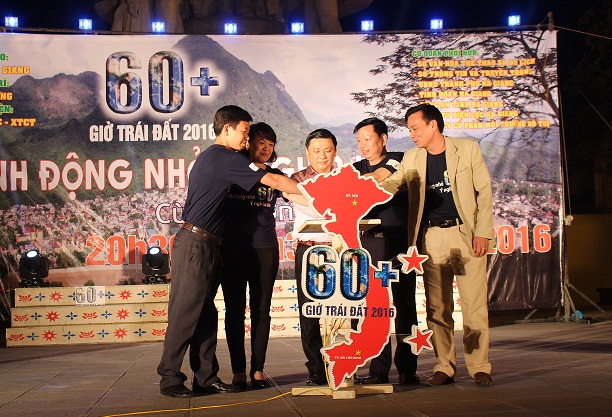 The light-off event was launched

As Earth Hour lights-off event took place on March 19th, from 20h30 to 21h30, Ha Giang also joined the event with the mass participation of over 500 Youth Union members from different secondary schools and high schools around town. They not only contributed to deliver amazing performances to the audience but also arranged the picture of 60+ which is the Earth Hour’s logo. By taking part in those activities, they showed a strong commitment and determination to conserve energy and change the world for the better not just in an hour but during the whole year. 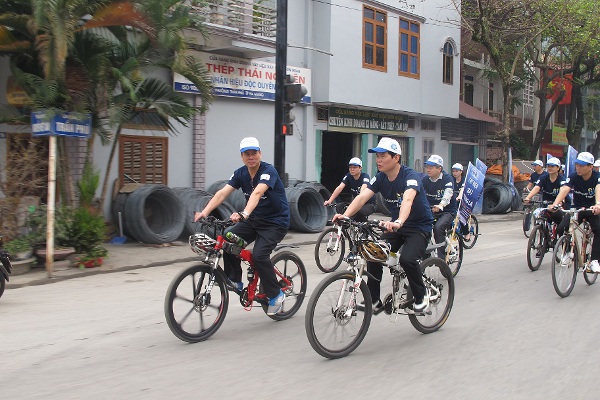 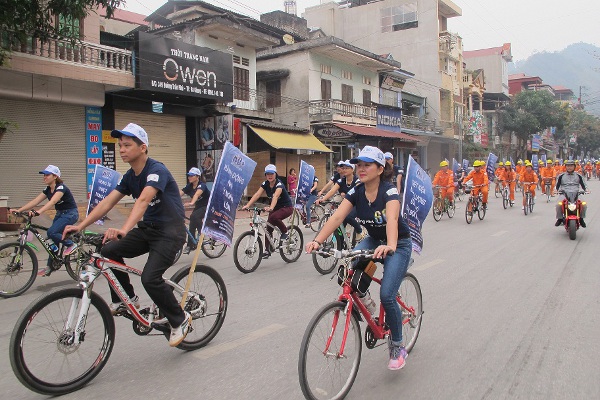 Bicycle parade across the main roads of Ha Giang.