The  trade body has submitted its response to the government’s ‘Cutting red tape review of house building’, calling for ambitious sustainability standards in new build homes.

“The government’s focus is now on maximising build rate,” the STA said in a statement. “However lower standards lock in higher carbon emissions, as well as higher energy bills for occupants, for decades to come.”

“Higher standards provide a level playing field on which different emissions reduction options can compete and there is no evidence that they stop the construction industry from building houses,” said the STA.

The group added that new build installations were an ideal way to continue the deployment of solar technology. 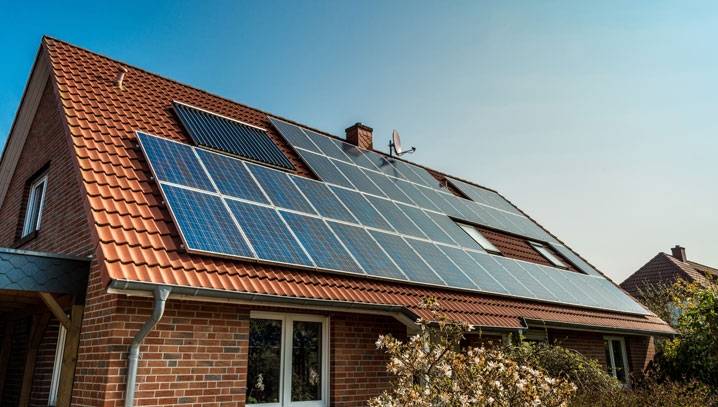 The Zero Carbon Homes policy was scrapped last July, just one week after the Committee on Climate Change, recommended in its 2015 progress report to Parliament that the government should “implement the zero carbon homes standard without further weakening”.

STA head of policy Mike Landy said: “The scrapping of Zero Carbon Homes policy in July 2015 was one of the most incomprehensible acts of the new government, given that we were nine years into a 10 year plan that hundreds of companies were working towards.  It has left a policy vacuum and the government has yet to explain the rationale for its decision.”

“Solar energy is perfectly suited to new build and ought to become a standard feature on new housing.  The 70% cost reductions since 2010 means that any additional build costs can be recouped within years through lower energy bills - builders need to work with surveyors, estate agents and mortgage lenders to ensure these benefits are recognised”.

The UK Green Building Council (UKGBC) recently launched a new project aiming to encourage mortgage lenders to include energy efficiency ratings in their calculations, claiming that low-carbon homes would be more valuable to buyers thanks to lower energy bills.

The potential for low-carbon homes in the UK was exemplified recently by a £1.1bn project between UK solar developers WElink Energy and British Solar Renewables (BSR) and the China National Building Materials Group (CNBM), which will see up to 8,000 zero-carbon homes built in the UK.

Globally, the building sector consumes more than one third of the world's energy and, in most countries is the largest source of GHG emissions. The UK housing industry has made some progress in this area, recently launching a new project which aims to maximise building performance in terms of energy efficiency and overall environmental impact.

However, there has been some pushback from housebuilders, including Crest Nicholson, who told edie recently that the Government would be better served upgrading existing housing stock efficiency rather than allocating funding and efforts to new builds.