The Government's £500m of allocated funds for green innovation could propel the UK into being a world-leader in energy generation, if the money is spent in key areas such as wave and tidal energy, low-carbon heat and energy storage.

The Government's £500m of allocated funds for green innovation could propel the UK into being a world-leader in energy generation, if the money is spent in key areas such as wave and tidal energy, low-carbon heat and energy storage. 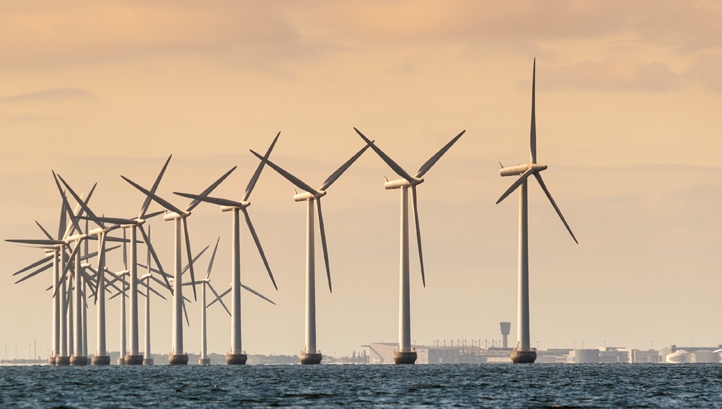 It comes after Chancellor George Osborne announced in his Autumn Statement that the Department of Energy & Climate Change’s innovation programme will be doubled to £500m over the next five years, in a bid to strengthen the future security of supply, reduce the costs of decarbonisation and boost industrial and research capabilities.

Scottish Renewables policy officer Hannah Smith said: “Our renewable energy industry has come a long way since the first hydropower and wind projects of the 19th Century, due in no small part to the impressive list of technical and engineering innovations coming out of the UK.

“We welcome the Chancellor’s recent commitment to continue this by doubling DECC’s innovation programme budget. We believe developing an Energy Innovation Strategy to guide this investment would get the most out of every pound spent.

“Government is in a unique position to mobilise a variety of resources and agencies, creating the right landscape for innovation to occur. This would lay the foundations for British businesses developing innovative products and services to flourish.

Scottish Renewables, which is also calling for half of all energy used in Scotland to come from renewables by 2030, published this new report to examine the future of Britain’s energy system across electricity, heat and transport.

1. Wave and tidal energy – at which the UK already leads the world, Scottish Renewables says, with facilities like the European Marine Energy Centre in Orkney providing cutting-edge test opportunities.

2. Storage technologies – which can enable increased renewables capacity (by storing electricity at times of low demand) and provide a multitude of services to the management of our electricity system, as well as empowering communities and consumers.

3. Floating offshore wind – which could open huge areas of the world’s deepest oceans to green energy generation. The UK is eyeing a global lead already, and funds invested on innovation could cement that advantage.

4. Low-carbon heat – which accounts for 46% of UK energy demand, but of which only 4.9% was renewable in 2014. Decarbonising the sector will mean fully developing new technologies, supporting their large-scale deployment and integrating them into our wider energy system, according to Scottish Renewables.

5. Systems integration – thinking about our heat, transport and electricity sectors as one system will allow us to be ‘smarter’ in the way we use power and drive efficiencies, increase security and reduce costs.

6. Flexible networks – could, according to the Committee on Climate Change, help save consumers up to £3.5bn per year. Securing the technology to deliver what the CCC call "a more flexible power system" will require a range of technologies such as Active Network Management, demand-side response, storage and increased interconnection, all of which are yet to be fully developed.

Energy Secretary Amber Rudd last month pledged to "light the fire" of energy innovation in 2016, by ramping up investment in research, development and demonstration (RD&D).

“We don’t have all the answers for decarbonisation,” Rudd said at an event in London. “We must develop technologies that are both green and cheap. Costs of clean energy and clean transport must continue to fall.

“The UK has strong capabilities in R&D and we have been responsible for some amazing steps forward, but we need to do better and we need to be smarter. We need to breathe new life into the research, development, demonstration and deployment cycle.”