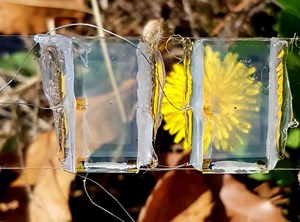 The solar cell created by the team is transparent, allowing its use in a wide range of applications. Credit: Joondong Kim from Incheon National University
Hanergy Unveils Solar-Powered Cars to Expand Use of Technology 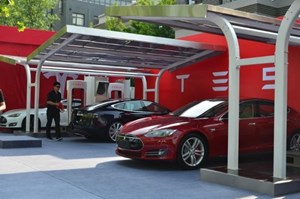 Hanergy Holding Group Ltd. introduced four cars powered by solar panels as it seeks to expand the use of photovoltaic technology to products ranging from furniture to bags.
Nissan plugs in 4.75-MW solar park in UK 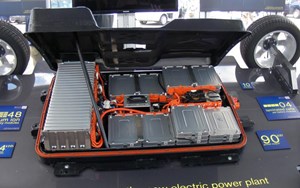 The array uses 19,000 solar panels in total. It was developed and constructed within the loop of Nissan’s vehicle test track by European Energy Photovoltaics.
San Francisco passes law requiring new buildings to be topped with solar panels 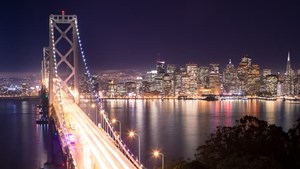 San Francisco has passed a law requiring all new buildings below 10 stories to have solar panels installed on their rooftops.
Solar Power More Lucrative Than Crops at Some US Farms 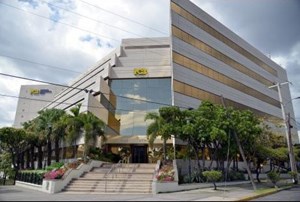 By tinting its windows, changing its light and air-conditioning units, and installing some PV systems, NCB hopes to cut its electricity bill by another eight per cent in 2016.
More than 1.5 Million Solar Power Systems Installed In Australia 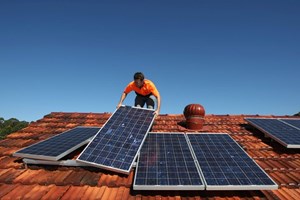 More than 23.2 million solar panels are now installed in Australia – a module for every man, woman and child in the nation.
Elon Musk: How Many Solar Panels Does the World Need? 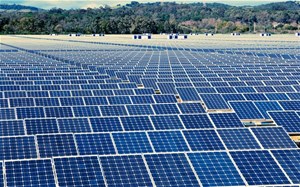 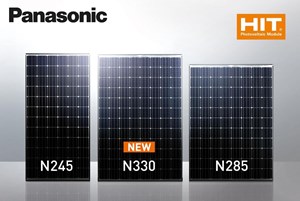 Recently, SolarCity announced it will begin manufacturing the “world’s most efficient solar panels” at its factory in Buffalo, New York, starting in 2016. It claims it has designed a panel that converts 22.1% of sunlight into electricity.
United Utilities installs Europe's largest floating solar power project on reservoir 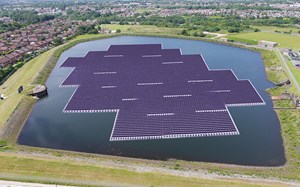 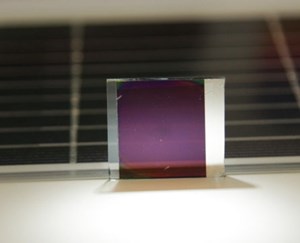 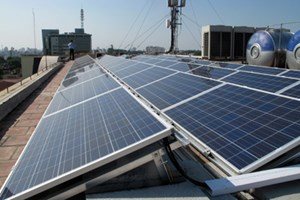 Solar panels (40 pieces) were installed at the school, capable of providing about 30kWh of electricity per day, to meet the essential energy demands for running the essential equipment of the school activities.
Green Deal ‘never came across clearly’ 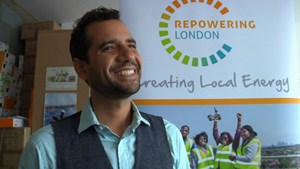 The scheme allowed householders to make their homes more energy efficient by installing technologies such as solar panels or loft insulation. This was done through loans with no upfront cost which were repaid through energy bills.
IKEA to invest $680m in renewable energy to be 'energy independent' by 2020 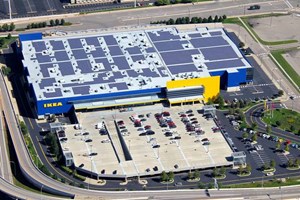 Swedish furniture giant IKEA, with its 350+ stores and 150,000 employees around the world, has been taking steps to be a better citizen of the Earth, including selling solar panels in some stores and making a big wind power investment near Chicago.
Danish architects deck out Viborg town hall with green roofs and solar panels 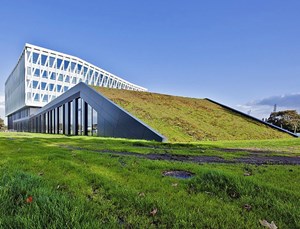 The new town hall building in Viborg, Denmark is a marvel of sustainable and striking design, thanks to Henning Larson Architects.
The solar road in the Netherlands is working even better than expected 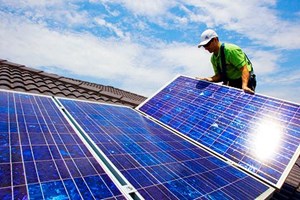 Breezes Muirhead will soon be home to Darwin’s largest installation of solar panels in a single suburb thanks to a partnership between developer Defence Housing Australia (DHA) Country Solar NT.
Smart window changes color with weather 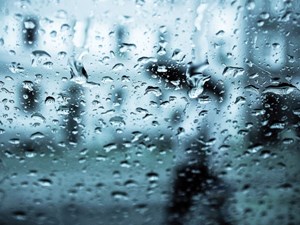 Weather could power the next generation of smart windows. Researchers have created glass that tints by harvesting energy from wind and precipitation. The approach offers an alternative to other smart windows powered by batteries, solar panels, and even standard power outlets.
Israel installs solar panels at parliament to save energy 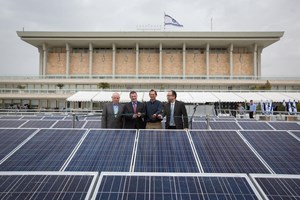 Israel has installed solar panels on the roof of its parliament building, creating what it calls the largest solar field of any national assembly in the world.
Moth eyes inspire scientists to cut reflection on solar panels 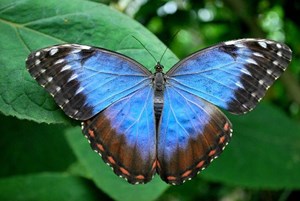 The eyes of the common moth have led to a novel discovery that could boost the efficiency of solar panels.