In the past few years - ever since Tim Cook became CEO, really - Apple has been cleaning up its act on the environmental front.

In the past few years - ever since Tim Cook became CEO, really - Apple has been cleaning up its act on the environmental front.

They've eliminated many toxins from their products, made them more recyclable, and have invested big bucks into clean energy and conservation. They have multiple solar installations, with more under construction, and have bought a forest the size of San Francisco in the US and will protect 1 million acres in China. They are also the big tech company that is furthest along in converting to 100% clean energy. Even Greenpeace is praising their "environmental leadership".

The fruit company seems to prefer solar power so far, and that makes sense since it is a clean energy source that is rapidly maturing and falling in price, and has gigantic untapped potential. But it never hurts to hedge your bets and look into other things, and that's exactly what they did.

Apple and the Sustainable Energy Authority of Ireland (SEAI) will work together to help wave power R&D in Ireland. Apple has committed a €1 million fund that will help developers who receive an SEAI grant to test their ocean energy prototypes in the Galway Bay Ocean Energy Test Site (pictured above).

“The west coast of Ireland is recognised as having some of the best wave resources in the world and I warmly welcome this agreement between Apple and SEAI to help harness this renewable source of energy. This is an excellent achievement for Ireland and shows that when it comes to ocean energy development, Ireland is definitely open for business," said Alex White, Ireland's Minister for Communication, Energy and Natural Resources. 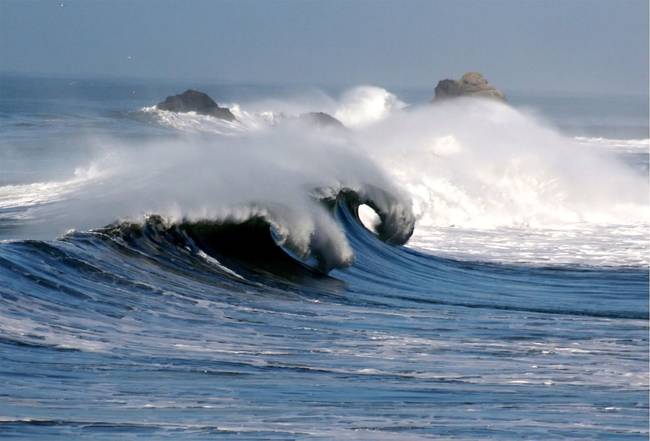 On Apple's side, Lisa Jackson, who serves as Apple's vice president of Environment, Policy and Social Initiatives, but is best known as the former head of the EPA, said: “We're excited by the potential of ocean energy to someday serve as a source of clean power for the data centre we are building in Athenry, County Galway. We are deeply committed to powering all our facilities with 100 percent renewable energy and believe investing in innovative projects will make reaching our goal easier."

The Galway Bay test site was created in 2006 by the SEAI and the Marine Institute. It is used for ¼-scale prototypes of wave energy devices.