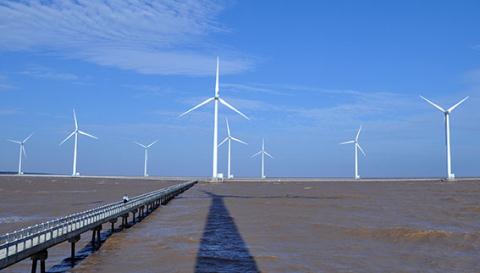 The rates apply to grid-connected power plants with commercial operations before November 1, 2021.

According to the National Load Dispatch Center (A0), nine wind power plants with a total capacity of 353MW were built before the Government raised the FiT.

Since the increase, plants with thousands of megawatts of capacity have signed PPAs and have been added to the country’s wind power plans, it said.

According to a report by the Electricity of Vietnam (EVN), besides the nine plants that have begun commercial operations, it has also signed PPAs with 31 other plants with a total capacity of 1,645 MW that are under construction.

Besides, 59 others with a total capacity of around 2,700 MW have been included in the zoning plans for wind energy for the period up to 2025. More than 100 other projects have sought approval.

The AO warned that with many wind power plants going on stream this year the national grid and transmission system could be overloaded in Trà Vinh, Ninh Thuận and Bình Thuận.

A well-known renewable energy expert, who did not want to be named, said investing in wind power to enjoy pricing incentives is risky.

The preferential rate for wind power only applies to grid-connected plants beginning commercial operations before November 1, 2021, and many investors are racing against time to start operations, but a wind power plant cannot be built as quickly as a solar power plant, he explained.

“To get a feasibility report, an investor must have wind measurement data for at least 12 months. When there is the wind data, an investor can design a plant.

“Besides, sourcing wind power equipment is quite difficult. It is usually bought from Sweden, Germany, the US, or China. Suppliers only manufacture after receiving orders.”

Citing the example of solar farms, he warned that if many wind power plants are built in any place before November 2021, the grid there would surely be overloaded and they would have to operate below capacity.