The province is the first in the country to have a nuclear power plant (nuke power), Ninh Thuan province has developed specific action plans, in collaboration with the concerned departments and agencies to intensify the communication activities and dissemination of knowledge, so that the people dwelling in the project site could understand about the nuclear power project.

The province is the first in the country to have a nuclear power plant (nuke power), Ninh Thuan province has developed specific action plans, in collaboration with the concerned departments and agencies to intensify the communication activities and dissemination of knowledge, so that the people dwelling in the project site could understand about the nuclear power project.

Mr. Bui Nhat Quang - the Vice Chairman of Ninh Thuan Provincial People's Committee says that Ninh Thuan province is the first location for deployment of two nuclear power plants, it is an honor but also a very weighty responsibility. Ninh Thuan has been making efforts to overcome difficulties and challenges to contribute to the process of preparation of nuclear power plant. In addition to strengthening the international cooperation in order to link closely to Japanese partners, Russia partners and many others around the world in the implementation of this project, over time, Ninh Thuan province has been very proactively communicating across the province and especially in two communes: Phuoc Dinh commune of Thuan Nam district and Vinh Hai commune of Ninh Hai district - where the first two nuclear power plants in our country will be built, through the promotional activities conferences, seminars and residential meetings, and leaflets ... Besides, the provincial authority also assigned the mandates to the provincial media outlets such as Ninh Thuan Radio - Television, Ninh Thuan Newspaper to conduct the due campaign. 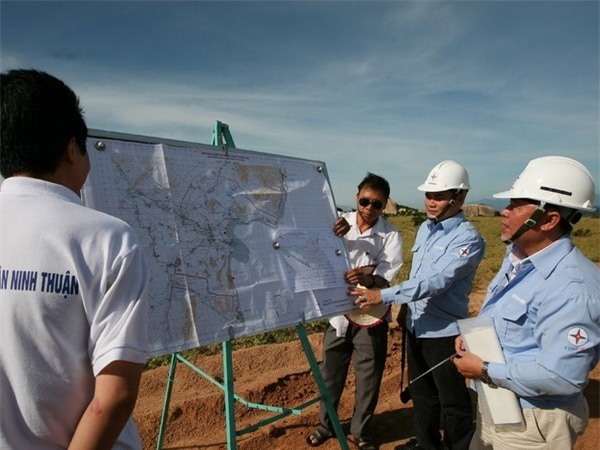 Through these activities, the province has advanced one step up in the perception of officials and public servants, residents about the role of nuclear power in ensuring national energy security and socio-economic development. "To date, the majority of people in Ninh Thuan expressed consent with the government in the process of implementing the preparatory steps for the construction of two nuclear power plants Ninh Thuan 1 and 2," confirmed by Mr. Nguyen Phi Long the Deputy Director of Ninh Thuan Provincial Department of Science and Technology.

Mr. Bui Nhat Quang stressed, the development of nuclear power is a very new field in Vietnam, and therefore, it is necessary to impede the public communication and education. People should be aware of economic efficiency as well as the positive effects, the negative impacts of nuclear power. The information about nuclear power should be disseminated not only in the province where the plants are built, but also across the country, it is an urgent task for Ninh Thuan province and many related ministries. But communication process also takes time, effort and expenses. Meanwhile, Ninh Thuan still is in constraints of economic and social conditions, so it desperately needs financial support from the government, to implement the communication campaign effectively.

"The Prime Minister signed the Decision no. 370 to endorse the financial scheme for communication expenses on nuclear power reactors with a total budget of about VND 200 billion. I think that there should be an inter-agency meeting about the budget between the most important organs of the Ministry of Finance, the agency in charge of implementing the project 370 which is the Ministry of Science and Technology and Ninh Thuan provincial authority, to agree on the specific modality for disbursement, so that the province can keep hold of the budget to initiate the communication." as expressed Mr. Quang.