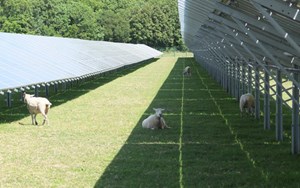 GE Energy Financial Services and Virginia Solar Group have commenced commercial operations on its jointly owned 32-megawatt Pacifico Energy Kumenan Mega Solar Project ("Kumenan Solar Project"), located in the Okayama prefecture of Japan. As one of largest solar power plants in the prefecture and in Japan's Chugoku region, Kumenan Solar Project has been operating with enough power to meet the demands of 11,000 Japanese households since March 2016 when it was formally commissioned.

The project was specially designed and constructed on mountainous terrain to leverage accessible slopes, which help maximize power output and cost efficiencies.

Kumenan Solar Project sells its power to Chugoku Electric Company, the local utility in the Chugoku area of Japan, through a 20-year power purchase agreement at a fixed tariff. Okayama-based Asahi Dengyo Corporation will provide ongoing operations and maintenance services for the solar plant. 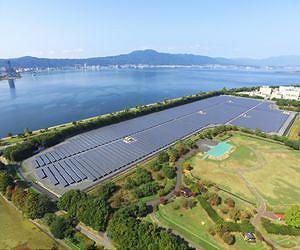 Kumenan Solar Project was the first project in the country to introduce the global standard of non-recourse project financing with a JPY Yen 11 billion loan from The Bank of Tokyo-Mitsubishi UFJ and The Chugoku Bank Ltd. It was also GE Energy Financial Services' first investment in Japan.

"We are pleased to see our first ever investment in Japan come to life and start generating clean power that helps the country meet its renewables energy targets," said Sushil Verma, Managing Director and Head of Asia Pacific at GE Energy Financial Services.

"This 32-megawatt project has been a great first step for us. We challenged the design, procurement, construction, and finance to optimize the project and increase its viability as a sustainable energy source in the Japanese solar market." said Kazuomi Kaneto, representative director of Pacifico Energy Kumenan G.K.

Together they have invested in two other projects in the country, which are currently under construction; Mimasaka Musashi (42-megawatt) and Hosoe (96-megawatt) are scheduled to begin operating in the second half of 2016 and first half of 2018, respectively.