The wind energy sector is on pace to meet about 10 percent of the electricity in the United States by 2020, according to industry representatives.

The wind energy sector is on pace to meet about 10 percent of the electricity in the United States by 2020, according to industry representatives.

"Wind is winning," Chris Brown, the board chairman of the American Wind Energy Association and president of renewable energy company Vestas America, said during an industry conference in New Orleans.

According to the AWEA, wind power is the fastest growing new source of wind energy in the United States, on pace to supply 10 percent of the nation's electricity by the end of the decade.

While the U.S. oil boom is fading under pressure of lower crude oil prices, the country is advancing on renewable energy fronts. Texas is the No. 1 oil producer in the nation, but added the most wind capacity of any state last year. Its manufacturing sector is among the largest in the country. In neighboring Louisiana, former Sen. Mary Landrieu said the manufacturing base in her home state is placing "a foot in the future" by helping to build wind turbines. 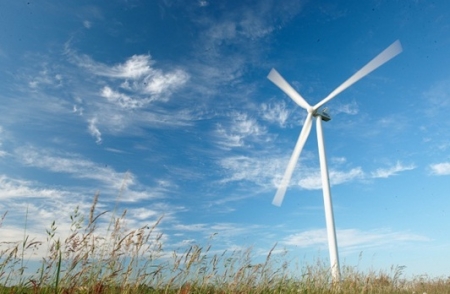 As a senator, Landrieu was seen as a pro-oil Democrat with a legacy in the U.S. southern refinery market. She helped co-author a bill in support of the Keystone XL oil pipeline, a project she said would be a "great sign" for a U.S. energy sector seeking protection from volatility in overseas markets.

An early April report from the International Energy Agency found electricity produced by wind across the 34 members of the Organization of Economic Cooperation, which includes the United States, increased at its highest rate ever recorded last year.

The majority of the new wind-generated electricity, however, occurred in European members of the OECD, where member states are obligated to use renewables to meet 20 percent of their energy needs by the end of the decade.