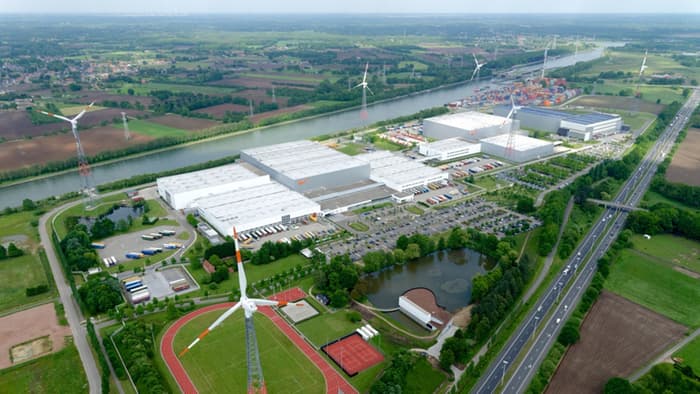 It also makes the firm more efficient, more responsive and more sustainable, thanks to some clever innovations.

The company describes the facility as as a "state-of-the-art centralized distribution network" and says it is aimed at accelerating Nike's drive toward what it believes is "the supply chain of the future." Located 50 km (31 mi) outside of Antwerp in Belgium, it provides a central point from which to serve other European markets.

Nike says the distribution center is built according to Leadership in Energy and Environmental Design (LEED) standards, although it stops short of providing a LEED rating. LEED provides a framework in which for buildings to be planned, constructed, maintained and operated in an environmentally-friendly manner, and typically reduces the amount of water, energy, emissions and waste produced by a building.

The building is also said to be energy-neutral, powered as it is by 100 percent renewable energy. This is sourced in part from local wind, solar, geothermal, hydroelectric and biomass sources, but there are also six 150-m-high (492-ft) wind turbines on-site that produce enough electricity to power 5,000 households, and solar panels covering an area the size of three soccer fields.

A network of canals, railways and highways provides access to the facility, but Nike says that 99 percent of inbound containers reach the local container park by water. This, it estimates, takes around 14,000 truck journeys off the roads each year. To move goods around, the company uses an army of high speed hybrid robot cranes that regenerate energy like hybrid cars. 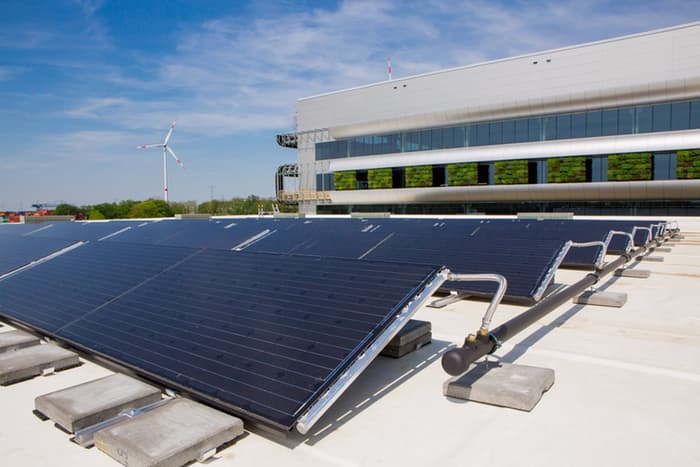 The warehouse itself is a rack-supported structure, meaning it is literally supported by the racks upon which stock is stored. This method of construction uses fewer materials and produces less waste that a typical steel and concrete-built structure. As for the waste produced in site, more than 95 percent is recycled, and the surrounding pathways are made from recycled footwear material.

Inside, lots of windows and a daylight capture system are used to fill the building with as much natural light as possible. Smart, automated LED lighting is used to illuminate the place when required.

Outside, closed water loops help with efficient water use by way of storm and discharge water buffering, infiltration and recycling, while green roofs insulate the building. To aid biodiversity around the facility and in the local area, there are beehives that help with flower pollination. Finally, sheep, rather than lawnmowers, are used to cut the grass.

The expanded European Logistics Campus was unveiled at the end of May.