The Eiffel Tower, whose twinkling lights define the night-time Paris skyline, is to fall dark earlier because of the energy crisis. 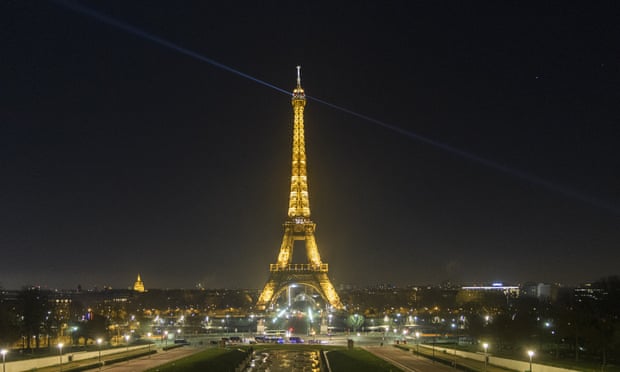 The Eiffel Tower is currently lit up after dark until 1am and twinkles on the hour. (Photograph: Julien Mattia/Anadolu Agency/Getty Images)

Paris city hall is expected to propose this week that the monument, which is among the most visited in the world, should go dark more than an hour earlier than usual, as Europe faces spiralling energy costs aggravated by Russia’s invasion of Ukraine.

The Eiffel Tower is currently illuminated after dark until 1am by an elaborate lighting system that gives it a golden glow. In addition, the monument twinkles for five minutes on the hour from nightfall, thanks to 20,000 flashing bulbs.

The city hall is expected to propose that the tower fall dark at 11.45pm when the final visitors leave, meaning it will no longer twinkle at midnight.

The Eiffel Tower went dark on Thursday night – an exceptional measure – to mark the death of Queen Elizabeth II.

The move to curtail the lighting is seen as a way to set an example for the reduction of city illumination in general.

Jean-François Martins, the head of the tower’s management, said: “It’s a highly symbolic gesture – part of the growing awareness around energy sobriety.”

The night-time lighting of the monument accounts for 4% of its annual energy consumption. The tower, which was completed in 1889, has returned to pre-Covid visitor numbers at more than 20,000 a day.

Other city authorities are also reducing the night-time lighting of important sites. Monuments in Marseille including the Pharo Palace will switch lights off earlier from the end of September in order to save energy.

In Berlin this summer, night-time lighting was reduced on several monuments, including the Victory Column, Kaiser Wilhelm Memorial Church and the Jewish Museum.