The UK government must improve its energy-saving advice for households to help cut costs for consumers and the Treasury this winter, its climate advisers have said.
The climate change committee chair, Lord Deben, said Britain was exposed to fluctuations in the price for fossil fuels that had forced the government to commit tens of billions of pounds in support and still left homes and businesses facing an extra £1,300 on average annual bills. 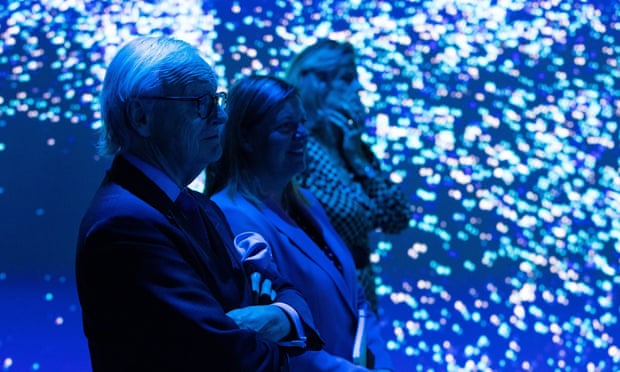 CCC chair Lord Deben (left) has said it is now too late to bring in widespread improvements to the fabric of buildings for this winter. Photograph: David Parry/PA
In a letter to the chancellor, Jeremy Hunt, Deben said decarbonising the UK’s economy and conserving energy could curb exposure to fossil fuel price shocks, but reducing energy demand was the “biggest gap” in government policy on the issue.
The UK’s recent record on reducing emissions from heating buildings was “particularly poor”, he warned, due to underinvestment, with the number of energy efficiency measures installed each year falling from 2.3m a decade ago to fewer than 100,000 in 2021.
He said it was “regrettably” too late to introduce new policies to bring in widespread improvements to the fabric of buildings for this winter, but there were many small changes that could still save energy and cash for households.
Deben urged the government to enhance its energy advice service so it had information on simple energy-saving measures, not just complicated home retrofits, and for the “help for households” campaign to say more about how to save energy.
Simple, no-cost steps such as adjusting radiator valves in less-used rooms, reducing boiler flow temperatures and closing the curtains at night, and low-cost measures such as insulating hot water tanks and draught-proofing windows, doors and letterboxes can all save money.
Better information and advice on energy-saving measures could save individual households several hundred pounds, while the exchequer could save hundreds of millions of pounds from the energy price guarantee, the letter argued.
Energy efficiency should be a core part of the government’s exit strategy from expensive bill subsidies, Deben said.
“The next two years should be a period for a concerted push to improve rates of loft and cavity wall insulation, draught-proofing and installing modern tools to manage energy use, such as smart thermostats, thermostatic radiator controls and smart meters,” the letter said. With higher prevailing energy prices, investments in energy efficiency measures are recouped faster through savings on fuel bills, it added.
Efforts should focus on areas that provide high value for money, such as cavity wall and loft insulation, or low upfront costs such as hot water tank insulation, and on insulating fuel-poor homes with measures including solid wall insulation.
The committee called for the temporary removal of green levies on electricity bills – part of the support package from the government – to continue, with the costs taken into the exchequer. That would incentivise the use of low-carbon, efficient heat pumps that run on electricity.
To pay for the measures, it said, there should be a shift from public funding for bill subsidies to energy efficiency investment, expanding funding pots for policies that already work to decarbonise homes, with the government expected to recoup some of the money spent on the price guarantee through energy savings.
It said the government also needed to unlock low-cost finance for private homeowners to improve the energy efficiency of their properties. It needed to ensure long-term policy stability to make sure companies invested in the sector, addressed skills shortages, took forward minimum efficiency rules for private rented homes and sped up the introduction of high standards for new buildings, as well as enforcement to make sure standards were met.
“Collectively, these actions can protect the UK’s fiscal health in the near term while building longer-term energy security and permanently reducing UK emissions,” Deben told the chancellor in the letter.
The Guardian
News