Tokyo residents urged to wear turtlenecks to save on energy bills

‘Thermal effect’ of high-neck jumpers and scarves will save electricity during energy crisis, says governor

The governor of Tokyo has urged people to wear a turtleneck this winter to stay warm and reduce energy consumption. 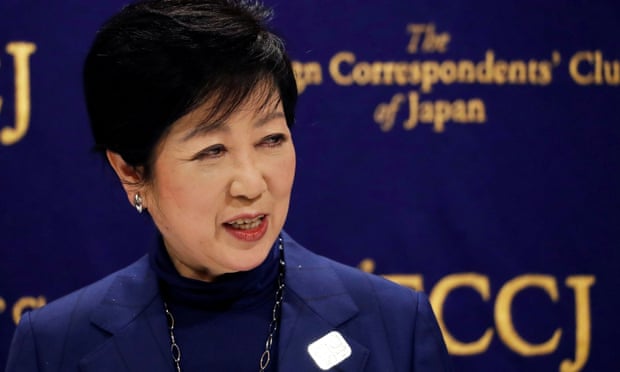 Tokyo governor, Yuriko Koike, said she will be wearing a turtleneck to stay warm this winter. (Photograph: Issei Kato/Reuters)
Yuriko Koike said wearing turtleneck jumpers could help reduce energy bills.
“Warming the neck has a thermal effect. I’m wearing a turtleneck myself and wearing a scarf also keeps you warm. This will save electricity,” Yuriko Koike told reporters on Friday.
“This is one of the tools to get through the harsh winter energy climate together.” She said the French president, Emmanuel Macron, was “taking a lead in wearing turtlenecks”.
Japan has long conducted an annual “cool biz” campaign, in which a casual dress code is encouraged in offices to save energy during the country’s sweltering summers.
The winter version is labelled, appropriately enough, “warm biz”.
Japan – which is aiming to become carbon neutral by 2050 – has faced a squeeze on its energy supply like many countries since Russia’s February invasion of Ukraine.
The Japanese prime minister, Fumio Kishida, in August called for a push to revive the country’s nuclear power industry in a bid to tackle soaring imported energy costs.
But such a move would probably prove controversial after the 2011 Fukushima nuclear disaster, triggered by a massive tsunami, which led to the suspension of many reactors due to safety fears.
Eleven years later, 10 of Japan’s 33 nuclear reactors are back in action, although not all are operational year-round and the country remains heavily dependent on imported fossil fuels.
The Guardian
News