National Grid plans to reduce the risk of blackouts this winter by paying consumers to use less electricity at peak times, it has emerged.
The electricity network operator is racing to set up a scheme that will enable households with smart meters to choose to cut how much energy they use when supplies are low. 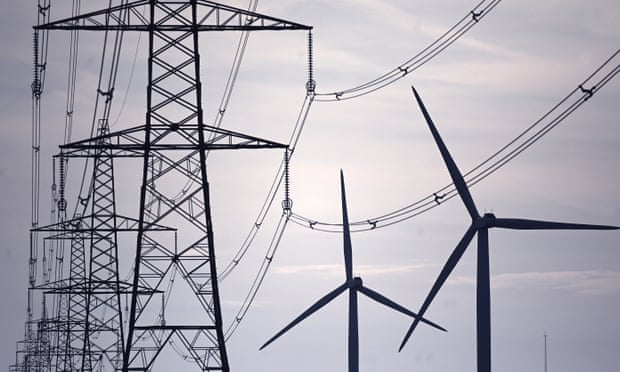 In a pilot customers were given a day’s notice to cut their consumption during periods such as 4.30pm to 6.30pm, when demand is highest. (Photograph: Neil Hall/EPA)
Initial proposals drawn up by National Grid’s electricity system operator (ESO) say that households could be paid up to £6 a kilowatt hour in credit instead of paying out 28.34p a kilowatt hour, The Times reported.
The move comes as the government looks for ways to secure extra energy supplies this winter and limit usage by consumers.
The business secretary, Kwasi Kwarteng, hopes to broker further deals to extend the life of Britain’s last remaining coal-fired power stations through the winter, after keeping West Burton A in Nottinghamshire in operation.
Russia’s invasion of Ukraine has put further strain on already stretched energy supplies. Ministers are concerned that – in a worst-case scenario – Britain could experience rolling blackouts this winter.
National Grid’s plans could offer a cheaper and greener alternative to fossil fuels and cut bills for consumers.
Annual bills in the UK have rocketed to £1,971 a year and are expected to top £2,800 a year in October, before hitting £3,000 in January.
National Grid’s proposals follow a trial in conjunction with Octopus Energy. In the pilot about 100,000 customers were given a day’s notice to cut their consumption during peak times such as 4.30pm to 6.30pm, when demand is highest in the UK.
Octopus said that the average household saved 23p in each two-hour period, with some consumers saving as much as £4.35.
Sources close to the scheme said consumers had regularly followed the advice to cut their usage during the suggested periods. There had been concerns that National Grid would not be able to rely on consumers taking up the offer.
National Grid has asked other suppliers to assess how much customers could cut back on their usage at peak times.
It is also hoped that the initiative might encourage households to obtain smart meters after their faltering rollout over the past decade.
The scheme would be paid for by a levy on household bills. However, the cost to pay power plants to maintain or increase supplies is thought to be greater.
An ESO spokesperson said: “Demand shifting has the potential to save consumers money, reduce carbon emissions and offer greater flexibility on the system, and some forms of demand management are already used today to help balance the system.
“Innovation that drives consumers’ value and reduces carbon emissions will always be deployed as swiftly as possible, in a tested, safe and reliable way.”
Greg Jackson, the chief executive of Octopus Energy, said: “National Grid has traditionally paid diesel generators huge sums at times of high demand – or paid big companies to turn down their usage.
“Opening this up to households who want to do so means that it won’t just be big companies who benefit. And the more of this flexibility we have on the grid, the cheaper power will be for everyone – not just those who participate.”
The Guardian
News