E.ON reports up to 15% drop as Grant Shapps writes to firms saying customers cutting back on energy use should not face direct debit rise

Britons have cut their gas and electricity use by more than 10% since October in the first evidence of the impact of the energy crisis on household habits, according to two of Britain’s biggest suppliers.

As households cut back on use in response to surging bills, the business secretary, Grant Shapps, has written to bosses across the sector to say that customers cutting back on energy use to save money should not face an increase in their direct debits. 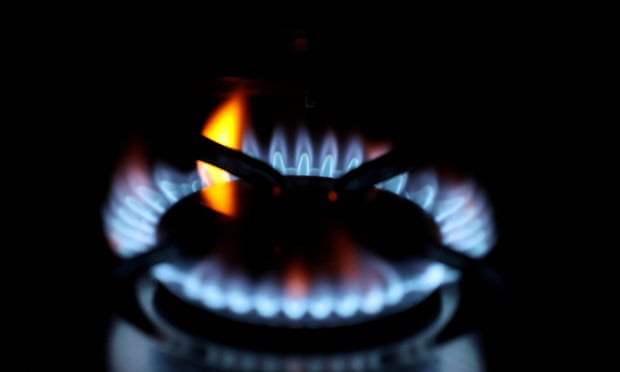 Sharing a letter he sent to the chief executives of Britain’s energy suppliers over the weekend, he tweeted on Sunday: “Households shouldn’t see their direct debits rise when their energy use falls.”

In the letter, Shapps said he was “disturbed” by reports that some consumers had been told their direct debits would go up “when they are making huge efforts to reduce their usage to save money at a time when household incomes are squeezed”.

He added: “With other costs increasing for households, it is critical that we do what we can to help. I am interested to understand how you intend to ensure that your direct debit system does not overestimate charging.”

Michael Lewis, the chief executive of E.ON, which has 5.6 million customers, said the supplier was “seeing reductions of 10 to 15%” against seasonal averages in recent weeks.

“It’s quite a big effect. We’re analysing our data and trying to understand what’s happening. It will likely be people putting the heating on for shorter periods or turning down the thermostat in their home. Those are the two big levers.”

Telecom Plus owns Utility Warehouse, which has more than 800,000 customers and offers cheap tariffs by bundling together energy, broadband, mobile and insurance services.

Lindsay and Lewis both said the unseasonably mild weather in October and November had made analysing consumer behaviour more difficult.

Lindsay added: “We expect [energy reduction] to continue over the course of the winter – for people to self-regulate, but they can’t self-regulate to zero. It’s finite and there is a big government campaign to encourage people to be energy efficiency and that will definitely result in people being more prudent, which is the right thing to do. So we factored that into our forecasts.”

Ministers plan to launch a £25m public information campaign before Christmas to encourage people to reduce their energy use this winter. Wrangling over whether to run a campaign has spanned three prime ministers and divided the Conservative party, with some MPs including Liz Truss concerned it will be seen as “nannying”.

The government is expected to suggest the public save energy and money through tips such as reducing the temperature of boilers and switching off electrical devices rather than leaving them on standby. Similar campaigns have been running in Europe for months as countries attempt to ease pressure on the gas network, stretched by Russia cutting supplies to Europe after the invasion of Ukraine.

In the UK, National Grid has launched a scheme offering discounts for off-peak electricity usage to reduce the strain on the network.

Lewis said E.ON, which has signed up to the initiative, had seen 21,000 households take part, and 70% of them had reduced their usage enough to receive payments.

The government has stepped in to reduce the pressure of rising energy bills through its energy price guarantee, which caps typical annual household bills at £2,500.