The name Super X Divertor ( SXD) may sound like a popular video game, but actually it is a new nuclear technology which, its developer says, can overcome twin problems of radioactive waste and fears of proliferation associated with conventional nuclear reactors.

The name Super X Divertor ( SXD) may sound like a popular video game, but actually it is a new nuclear technology which, its developer says, can overcome twin problems of radioactive waste and fears of proliferation associated with conventional nuclear reactors.

" Yes, we took the name from comic books, but it is by no means a piece of science fiction," Swadesh Mahajan, an India- born physicist at the University of Texas, who has designed a fusion- fission nuclear reactor, said. SDX is a key component of this reactor.

At present, nuclear power is produced through nuclear fission, which results in radioactive waste as well as fissile material which can be used to make bombs.

Nuclear fusion which does not produce waste is also possible, but scientists are far from developing a working fusion reactor.

The research team led by Mahajan has combined fusion and fission in a hybrid reactor, in which neutrons generated through fusion are used to advance and augment a fission reactor. It's for the first time that a hybrid reactor has been designed.

" We have designed a credible, compact, high power density neutron source and a hybrid reactor, in which the fusion source and the fission reactor can interact very efficiently and systematically to achieve waste destruction and fuel breeding," Mahajan said while talking to science writers in Delhi. " It can burn all bomb making isotopes to minimise proliferation risk." The technology has been accepted by the nuclear community and a $ 50 million plan has been approved in the UK for building a SDX module. " India and China have also shown interest," Mahajan said but refused to elaborate. He said he was willing to offer the technology to India.

" This is the technology which can make India the Saudi Arabia of nuclear energy." Mahajan has held talks with top officials of the Department of Atomic Energy, the Bhabha Atomic Research Centre and the Institute of Plasma Research which is engaged in fusion research. Environment minister Jairam Ramesh is also said to be keen on the new technology. 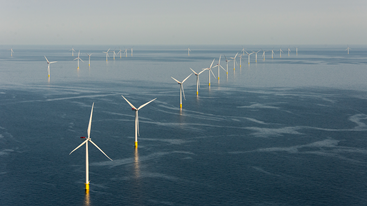