New aluminum battery for smartphones can be charged in a minute

U.S. scientists said they have invented a cheap, long-lasting and flexible battery made of aluminum for use in smartphones that can be charged in as little as one minute.

The researchers, who detailed their discovery in the journal Nature, said the new aluminum-ion battery has the potential to replace lithium-ion batteries, used in millions of laptops and mobile phones.

Besides recharging much faster, the new aluminum battery is safer than existing lithium-ion batteries, which occasionally burst into flames, they added.

Researchers have long tried but failed to develop a battery made of aluminum, a lightweight and relatively inexpensive metal that has high charging capacity.

A team lead by chemistry professor Hongjie Dai at Stanford University in California made a breakthrough by accidentally discovering that graphite made a good partner to aluminum, Stanford said in a statement. 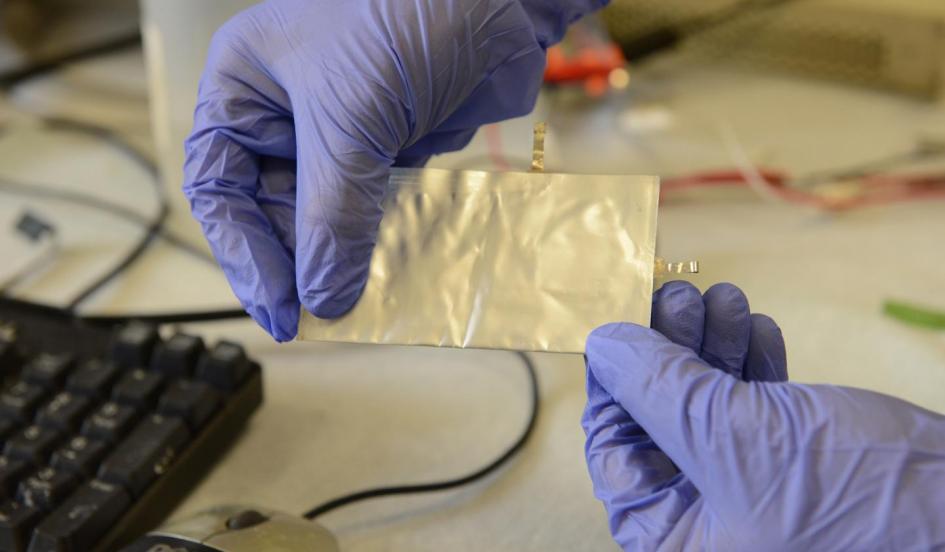 In a prototype, aluminum was used to make the negatively-charged anode while graphite provided material for the positively charged cathode.

A prototype aluminum battery recharged in one minute, the scientists said.

"Lithium-ion batteries can be a fire hazard," said Dai. "Our new battery won't catch fire, even if you drill through it."

The new battery is also very durable and flexible, the scientists said.

While lithium-ion batteries last about 1,000 cycles, the new aluminum battery was able to continue after more than 7,500 cycles without loss of capacity. It also can be bent or folded.