Heathrow Airport has announced a £2m plan to 'go electric' with the installation of more than 135 electric vehicle (EV) charging stations in a bid to become Britain's most environmentally-responsible transport hub.

The new chargers, which will be able to power at least 260 electric vehicles at the airport at any one time, are the latest in a line of new sustainability commitments aimed at reducing emissions at the airport as it continues its bid for a new runway. 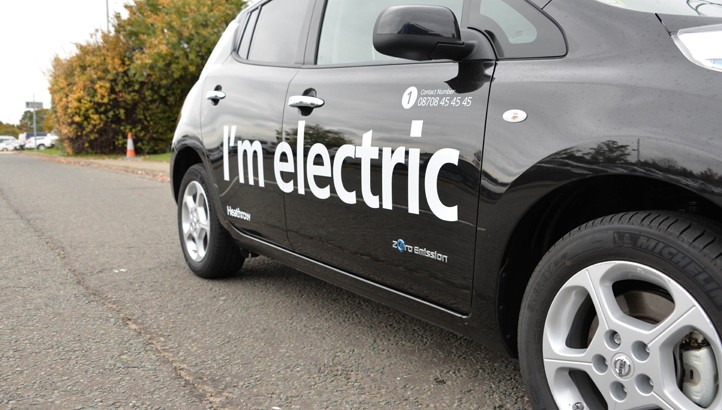 Heathrow Airport Limited’s chief executive John Holland-Kaye said: “2015 saw us commit to a series of action plans that will make us a better neighbour, by reducing noise, emissions and traffic. Today, we are providing an update on the very significant progress already being made, thanks to the commitment of the airport community.

“But we know that we need to do more, and in the coming months will set out even more ambitious plans that will make an expanded Heathrow the most environmentally responsible hub airport in the world.”

The new chargers add to the 21 electric vehicle chargers already available to Heathrow passengers staying in short-stay car parks, which can be used free of charge.

Meanwhile, a recent £250,000 investment saw Heathrow's own fleet of 400 vehicles mix with zero-emission cars and a publically-accessible hydrogen refuelling station.

Heathrow – winner of the Energy Management award at edie’s 2015 Sustainability Leaders Awards - has also announced commitments to double airline landing charges – from £8.57 per kg of NOx emitted to £16.51 per kg – by January 2017, as well as investing more than £16m in upgraded pre-conditioned air units that will help reduce aircraft emissions.

The Airport will also continue to phase-out older aircrafts that fail to meet international emissions standards while monitoring of ‘reduced-engine taxiing’ has seen a quarter of aircrafts reduce airfield emissions.

A new cycle hub and car share scheme was also introduced for employees travelling to and from work in an effort to lower transport emissions and congestion. Heathrow has previously announced plans toreduce building emissions by a further 34% by 2020.

All of the environmentally commitments made last year have moved out of the planning stage, with 70% of the promises put into action, while the remaining 30% are being developed and introduced.

Electrification for the nation

Heathrow’s effort to commit to EV use comes at a time where the sector is expected to develop at ‘breakneck’ speed over the next 10 years, according to a new report from analysts IDTechEx Research.

The Electric Vehicle Forecasts, Trends and Opportunities report states that a $500bn market looks set to be created by 2026 as the entirety of the transport sector undergoes some form of electrification.

The Low Carbon Vehicle Partnership (LowCVP) has stated that more than £10bn will need to be invested in low-carbon transport if the UK is to meet its carbon emission reduction targets by 2050. To drive this investment, Chancellor George Osborne aims to establish a new independent body to fast-track the building of new energy and transport infrastructure across the UK.