New York State has announced the approval of a 10-year, $5bn Clean Energy Fund designed to accelerate the growth of clean technology in the state.

New York State has announced the approval of a 10-year, $5bn Clean Energy Fund designed to accelerate the growth of clean technology in the state.

Cuomo said the fund – one of the largest ever green commitments by a region – will also help attract third party finance to support New York’s goal of meeting 50% of its electricity needs with renewable resources by 2030.

"New York is a national leader in combating climate change and growing the clean energy economy – and today we are taking the next big step forward," Cuomo said.

"This unparalleled $5bn investment will leverage more than $29bn in private sector funding and open the door to new clean energy opportunities for years to come. We are raising the bar when it comes to increasing the use of renewable energy and reducing harmful carbon emissions, and I am proud that the Empire State is continuing to set the example for the future." 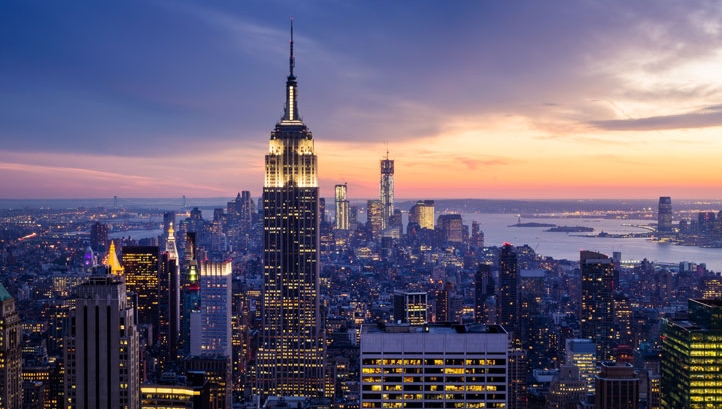 The fund is projected to save businesses and residents more than $39bn in energy costs over the next 10 years, thanks to improved energy efficiency measures and innovative renewable energy projects.

It will also save an estimated 133 million tons of carbon emissions – the equivalent of removing 1.8 million cars from the road.

4) NY-Sun ($961m): Additional funds for the state's solar initiative NY-Sun, which aims to reduce the costs of solar PV and boost installations.

The New York fund follows similar initiatives announced last month by San Francisco and San Diego, which both plan to halve emissions over the next 20 years.

During the Paris climate talks, 640 Mayors gathered to announce plans for cities to deliver an combined annual reduction of 3.7 gigatons in emissions by 2030.

A recent report claimed that cities and regions could hold the key to cutting global carbon emissions, with the expansion of smart cities potentially saving $22tn and avoiding the equivalent in carbon pollution of India's entire annual output of greenhouse gasses.