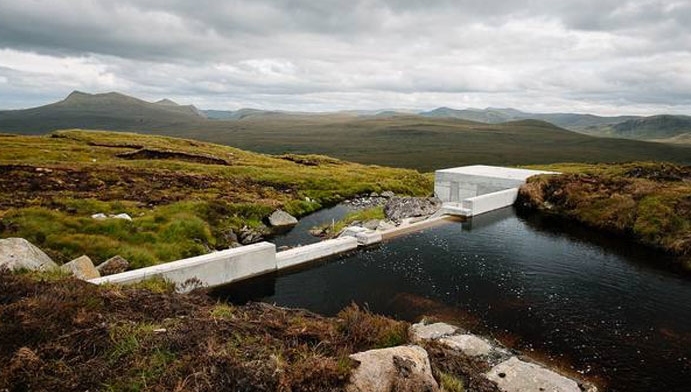 The Loch Eilde Mor project is fully funded by the hydro firm’s owners Ancala Renewables and could be producing power by summer 2017.

“This is a really exciting project and marks the start of an extremely busy two years for our firm,” said Green Highland Renewables chief executive Mark Mathieson.

“In the last four years, we have constructed and commissioned 25 schemes totalling 17MW across the Highlands and in the process have invested £62m – the majority of this going to local construction firms and contractors.

“Add to this the £25m we have committed so far this year, and it is clear our hydro projects will make a significant positive impact on the Highland economy.

These schemes all secured subsidies through the Feed-in Tariff (FiT), but the recent cuts to the tariff for hydro schemes means that “next to zero new Highland schemes will come forward for construction from 2018 onwards”, according to Mathieson.

Tariffs for small-scale hydro schemes were cut by as much as 37% in the controversial changes to the FIT.

Much like the solar industry, the British Hydro Association told Amber Rudd that the cuts could cost thousands of jobs in the sector, and undermine Britain’s transition to a low-carbon energy system.

“DECC is concerned that we move towards grid parity (subsidy-free) low carbon power, but fails to note that hydro already produces grid parity power,” said Mathieson. “Hydro schemes last 50 years at least, and many of our historic hydro power stations are today delivering subsidy free-green energy right through the winter – exactly when it is required.”

“Roll forwards another 20 years and all of the small hydro schemes we have built in the last few years will be subsidy-free too, producing decades of cheap green power at a time when we’ll all be paying £1 billion a year to the foreign owners of the proposed Hinkley Point C nuclear plant.”

Hydropower accounts for approximately 20% of the planet’s electricity and around two-thirds of renewable energy output. However, its expansion in the UK is reportedly constrained by geographical limitations.

The National Trust recently installed a small-scale hydro scheme at its estate at Cragside in Northumberland.