Which EU countries are using the most renewable energy?

Based on the growth between 2010 and 2013, 11 out of 29 European countries will miss their 2020 targets - including the UK, Ireland, Spain, France and Germany. However, radical changes in energy policies may impact these trends. 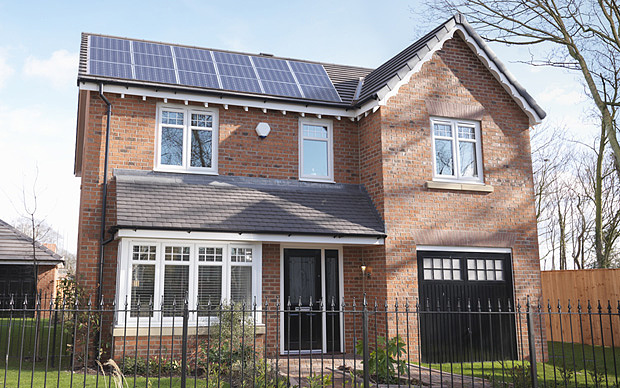 Solar panels are becoming increasingly popular in the UK

The UK, which is currently considering several different energy sources such as nuclear and solar, saw more energy come from renewables than coal for the first time ever this year. However, the UK is the European nation furthest from its target, which requires the UK to get 15 per cent of its energy from renewables by 2020. The UK currently has the largest gap between its current use - based on the latest data, in 2013 - and its 2020 target, with a shortfall of 9.9 per cent.

The Netherlands and France have the next largest shortfalls from their targets to overcome by 2020 - even before considering any further pledges made at the UN conference.

Scandinavian countries are Europe's leaders when it comes to renewable energy, with Sweden and Norway performing the best. More than half of Norway and Sweden's energy consumption now comes from renewable sources - ten times the proportion in the UK. 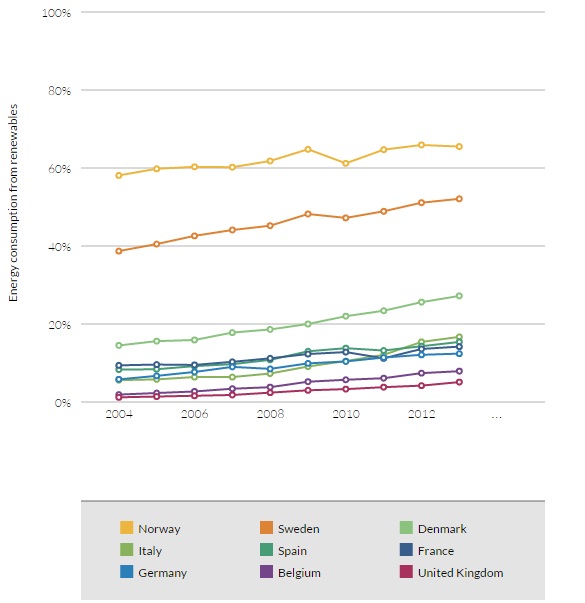 How the use of renewables has changed in Europe

France and Germany - Europe's largest countries alongside the UK - obtained 14.2 and 12.4 per cent of their energy from renewables in 2013. This is more than twice the UK's current renewable energy use, which stood at 5.1 per cent in 2013 - a third of its 2020 target.

Hoa Nguyen (via The Telegraph)