The Scottish Government has launched a new food-waste reduction scheme designed to encourage restaurant goers to take their leftovers home with them.

The Scottish Government has launched a new food-waste reduction scheme designed to encourage restaurant goers to take their leftovers home with them.

The Good to Go initiative is being rolled out in Inverness and the Highlands today following a successful pilot in 2014, which saw an average 42% reduction in food waste per restaurant. Restauranteurs throughout the region are being urged to sign up to the initiative, which provides free Good to Go boxes for leftovers.

According to Zero Waste Scotland research, two-fifths of diners say they are too embarrassed to ask restaurant staff for a ‘doggy bag’, while three-quarters of those surveyed stated that they would like to be offered the option.

Ylva Haglund, food waste campaigns manager at Zero Waste Scotland, which is overseeing the campaign, said: “Of the 16 restaurants in Glasgow, Edinburgh, Irvine and East Kilbride that took part in the pilot campaign, the average food waste figure fell by 42% as diners took home their leftovers – and 92% of those stated that they later ate the leftovers.

“Our research showed that if restaurants across Scotland routinely offered doggy bags to customers, it could save the equivalent of almost 800,000 full meals going in the bin every year.

“Additional feedback from the restaurants suggested that the pilot also prompted them to implement additional food waste reduction measures, such as adjusting portion sizes, changing menu options, and checking if diners actually wanted sides such as chips or vegetables before serving them.”

Across the UK, food waste from the hospitality and food service sector is estimated to rise to £3bn a year by 2016, with about a third of this coming from consumer plates. 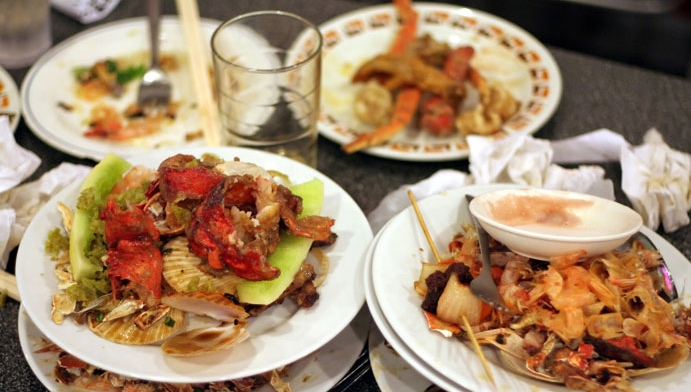 Restaurant manager Matthew Bohdaniec, who runs The Mustard Seed restaurant - which has signed up to Good to Go - said: "We’re very conscious of the significant environmental harm caused by food waste, which is why we do everything we can to minimise or recycle it. That’s why Good to Go is such a brilliant fit for the Mustard Seed – and no doubt most other restaurants – as it completely removes any uneasiness that customers have about asking to take their food leftovers away with them.

“Of course, in an ideal world, we would prepare only what’s required in the first place – but in the restaurant trade it can often be very difficult to predict differing appetites. As part of Good to Go, our staff will politely encourage diners to consider taking away any food they can’t manage to eat during their visit.”

“Good to Go will enable us, as responsible business owners, to help the environment, keep waste to a minimum and save money longer-term.”